We often read stories of families traveling west by wagon train. However, recently I was introduced to a reminiscence of a woman’s childhood journey to California from Ohio via the Isthmus 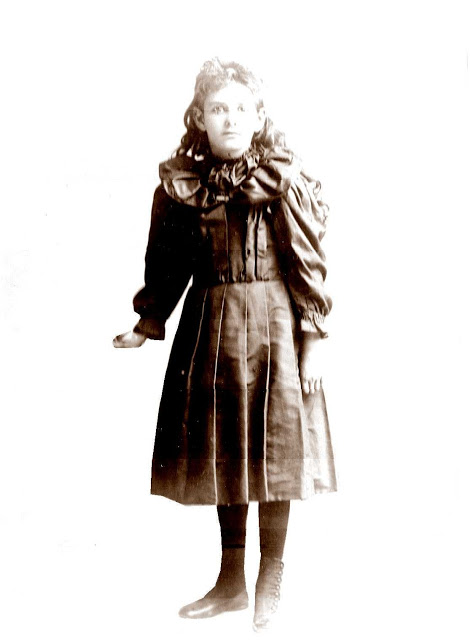 of Panama.  The family opted for the route that took the least time, traveling from Ohio to New York by train, taking a ship to the Isthmus of Panama, and then traveling by rail and mule across the Isthmus. They then boarded another ship that took the family to San Francisco.

The story was written by Mary Jane Arnold, who was in her seventies when she sat down to document the experience for her grandchildren.  The route was considered a time-saver for those who could afford it, but there was nothing easy about the travel!

The book, Across Panama: New York to San Francisco in 1854—The Memoirs of Mary Jane Arnold, was just published by the Paragon Agency.  Working with the memoir as the cornerstone to the book, author Douglas Westfall weaves throughout the memoir additional information about the family, life in the 1850s, and about Panama.

Mary Jane Arnold, born Mary Jane Hill, was living in Wheeler, Ohio in the 1850s. Three of the men in town—her father, a neighbor, and her older brother—joined the California Gold Rush.  They were among the fortunate and found gold in Calaveras County (east of San Francisco and near the center of “gold country”). Mary Jane’s father remained in California to maintain their claim; the other two members of the group returned to Ohio to bring back their families—the Hills and the Reddicks. 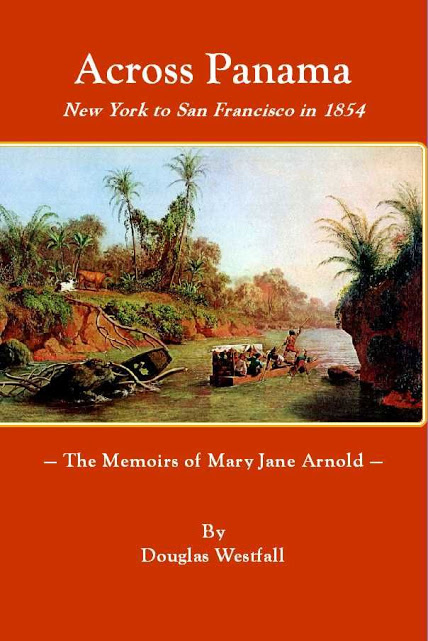 There were three routes to California at that time

1. Overland by wagon train, a route that was fraught with problems—a lack of roads, the perils of weather, and generally harsh travel conditions. There was also the fear of Indian attacks

2. By steamship from New York around Cape Horn and then north to San Francisco—a trip that took 7-9 months.

3. A “combo” trip.  They could travel by steamship from New York to Aspinwall, on the northeastern side of Panama; then they would transfer to rail and mule to get across the 50-mile stretch of land that was the Isthmus.  Passengers would then board another ship to take them north to San Francisco.  This trip took less time (2-3 months); it was also more expensive.

Because the families had found gold, the shorter, more expensive option was selected, and the Hills and the Reddicks journeyed by train to New York and by steamship to Aspinwall.  Ship travel for passengers who had never before seen the ocean, let alone traveled by sea, was frightening.  Arnold writes of the rough seas they encountered. At various points, the entire shipboard population suffered seasickness, and they turned to God, holding special prayer services, with the hope that the Almighty might save them.

Traveling Across the Isthmus of Panama

Had travelers fully understood the perils of traveling the 50 miles across the Isthmus of Panama they might have chosen a different route.  The railroad did not yet span the full stretch, so the passengers could only travel by train for part of the way, and altogether the trip took several days. Finding places to sleep and food to eat was difficult at best as Panamanians were not prepared with any form of “hospitality.”  There were large numbers of travelers on their way to California, but there were also good numbers of them returning to their former homes so the numbers of travelers criss-crossing the Isthmus was considerable.

When the rail line ended midway across the Isthmus, the travelers transferred to mules, referred to as the “ships of the desert.”  Throughout the time on land, there was the constant threat of road pirates, and they worried about disease-carrying pests such as fleas, ticks, jiggers, centipedes, and mosquitoes.  The animal life—snakes, rats, and monkeys in great numbers—was also unnerving.

Arnold writes there were “…monkeys by the hundreds. They were my sister’s horror.  As we rode under low limbs down they came snatching at everything. If they obtained a handkerchief or a glove they would form a rope of monkeys by clinging to each other’s tails and up they would go and inspect the article and chatter and laugh in frivolous gossip and repeat their pranks.” 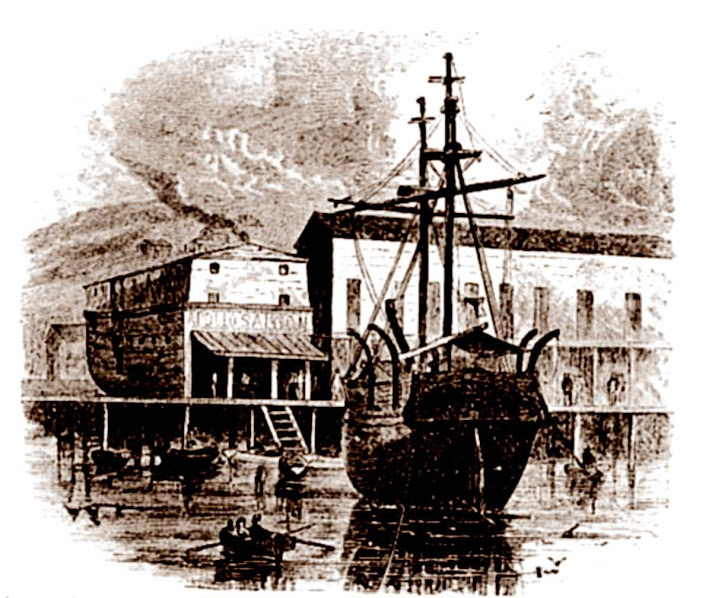 And On to San Francisco

When the travelers reached the southwest coast of Panama, they were to switch to San Francisco-bound ships.  However, the water was too shallow for the ships to come close so they anchored three miles off shore.  To reach the ships, natives helped carry passengers through the shallow water to small boats and then small boats took them out to their ship, in this case, one called the “Golden Gate.”

When the “Golden Gate” arrived in San Francisco the passengers saw that many ships had simply been abandoned in the harbor; entire crews ignored their responsibilities and headed for the gold fields.  However, San Francisco had grown from a little town of 500 in 1849 to a city of 5,000 by 1854 so many of the abandoned ships were turned into hotels, stores, and brothels.

Not long after arriving in San Francisco, the Hills and the Reddicks made their way to the mining community of Mokelumne Hill where they were reunited with Mary Jane’s father.

Mary Jane Arnold lived for many years in Mokelumne Hill and then attended the College of the Pacific in Sacramento.  She married John Arnold and they lived in several locations in California before settling permanently in Lakeport, NY.  Mary Jane Arnold died in 1936.

Douglas Westfall was given the reminiscence, which he published this year as Across Panama: New to San Francisco in 1854—the Memoirs of Mary Jane Arnold by James and Elaine Irvine. James Irvine’s aunt created an important photo documentation of living through the 1906 San Francisco earthquake, and Westfall has also worked with them on a book that tells that story, Two Weeks in San Francisco, which features many  Irvine photographs.