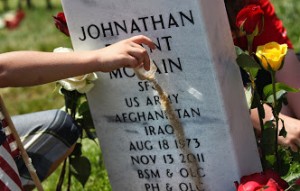 Memorial Day is greeted eagerly as the first three-day weekend of summer. Since life is for the living, then family picnics and time with friends is a weekend very well spent.

But over the course of the three days, it is fitting to remember why the United States has a Memorial Day holiday.

Starting in 1868, May 30 was deemed a day of remembrance.  Called Decoration Day at the time, the custom grew of decorating veterans graves. (Some states in the South mark April 26 as Confederate Memorial Day.)

In 1882, the day was re-christened Memorial Day.  Then as World War I veterans returned from Europe, it gradually became a day to remember all of our military, no matter the time in which they served.

Over the years, America Comes Alive has published some stories of remarkable heroes, so as our way of remembering, Memorial Day, I am going to provide links to a few who have been featured.  Reading their stories is both moving and inspiring.

Charles David, Jr., one of the first African-Americans in the Coast Guard. He gave his life to save others.

Elizabeth Thorn was not in the military but she was the wife of the undertaker in Gettysburg. Because her husband was away fighting for the Union, it fell to her to bury the dead though she was six months pregnant. 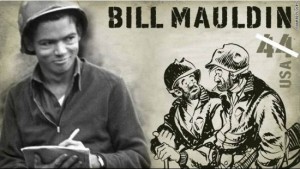 Cartoonist Bill Mauldin served during World War II. In his characters Willie and Joe, he created characters who represented the rank-and-file. In the process he helped lift morale at a difficult time.

These are just a few of the stories available on the site. I hope you enjoy them. Have a good Memorial Day.