Roald Dahl and Walt Disney Studios collaborated to create what became the mascot for the Women Airforce Service Pilots (WASP). She was a fairy-like female gremlin known as Fifinella.

During World War I, flying was still a new and experimental form of transportation. Planes were primitive, and there was little time for testing them. Within the Royal Air Force, the British often explained their difficult-to-understand flying challenges as being caused by mischievous “gremlins.” This explained the unknown and lifted responsibility from the humans trying their best to make everything work.

Roald Dahl (1916-1990) heard the stories when he became a pilot in the RAF during World War II. In 1940, Dahl was badly injured in an accident, and while he hoped to fly again, blinding headaches grounded him for a time. The RAF sent him to serve as an air attaché at the British Embassy in Washington, D.C.

He regretted being out of the action, but it simplified another issue. He decided to write his first children’s book, Gremlins, drawing from the Royal Air Force myth. 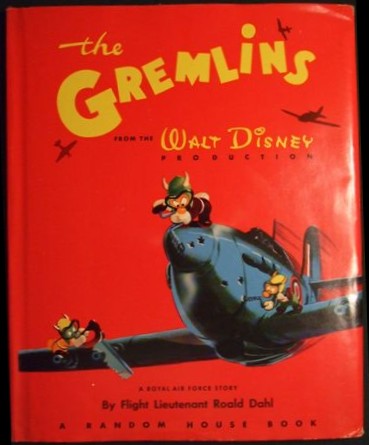 In Dahl’s story, the gremlins are angered when their forest home is razed so that the British government can build an aircraft factory. To express their ire, they tamper with airplane engines: A little tweak here, a little tweak there, and soon, compasses get stuck, fuel gauges no longer work, and the wing flaps freeze before landing.

Gus Gremlin, however, takes the long view. He sees the world situation: Hitler and the Nazis are on a rampage for total domination, and the RAF is fighting that to protect citizens. Gus urges fellow gremlins to mend their mischievous ways and prevails upon RAF pilots to teach the gremlins about plane engines so that they can help the British win the war.

Dahl builds out the community and its characters, giving readers widgets (children of gremlins) and fifinellas, the female counterpart to the gremlins. (The fifinella name was chosen by Dahl who took it from a very popular racehorse that “flew”f around a racetrack).

The book was published by Random House and soon optioned by Disney Studios. The company planned to make an animated feature based on the story.

Disney Studios began pre-production work for the film, while they waited for the legal department to work out rights. However, because Dahl’s gremlins were based on folklore from the RAF, Disney lawyers could not find a way to secure the rights to the gremlins. The movie would be a major expenditure, and wartime was no time to take a big business risk. The project stalled. 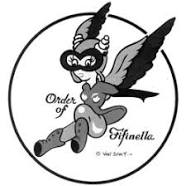 Well-known American pilot Jacqueline Cochran transported planes across the Atlantic and volunteered to help Britain with air transport in Britain before the U.S. entered the war. She saw that England was making use of both male and female pilots. Cochran returned to the U.S., pushing for women to receive assignments from the military.

Finally, the Army Air Force declared that women would fly noncombat military missions within the United States. The women recruited had to be between 21 and 35 years old, in good health, in possession of a pilot’s license, and had logged 500 hours of flight time.

Two separate civilian flying units for women were created:  The Women’s Flying Training Detachment (WFTD) and the Women’s Auxiliary Ferrying Squadron (WAFs). One organization was a training program for incoming pilots; the other was to deliver planes where needed.

In 1943, the two units merged to become the Women’s Airforce Service Pilots. Nancy Harkness Love became the executive director. The women tested aircraft as the planes came off the assembly lines; they ferried the planes to locations where they would be taken overseas; and they trained pilots who were coming into the military. Later, their planes also carried freight and troops that needed to be taken to certain U.S. destinations.

WASP headquarters was in Sweetwater, Texas, but female pilots were also stationed at 120 bases across the country. This made them accessible for pick up and delivery of planes and supplies throughout the U.S.

Like all military units, the WASPs needed to keep up morale. Though women wanted to serve, many of the pilots had young children. With husbands and fathers overseas, the women worried about all that they left at home.

A public relations woman named Byrd Howell Granger knew that building morale started with good communication. When the war started, Granger left her public relations firm in New York City to help in the war effort. She signed up for the WASPs and went through one of the first cadet training classes.

Her background in public relations meant she was tied into the New York business world. She heard about a children’s book about the Royal Air Force that was intended to become an animated film by Walt Disney Studios. The book was getting great reviews. Even Eleanor Roosevelt wrote about reading it to her grandchildren.

Right after the holidays in 1942, Granger wrote to the Disney company for permission to use the name, Fifinella, as well as an image of the female gremlin.  By the end of January 1943, she had a telegram from company vice president Gunther R. Lessing. He granted permission for the unit to use the name, Fifinella. He also sent along an illustration from pre-production that he thought would work as an insignia or mascot.

The image sent shows an illustration of a smiling, curly-horned fairy coming in for a landing. She is wearing a yellow flight cap and pants, red top and red boots, and topped off with sports goggles and long black gloves. 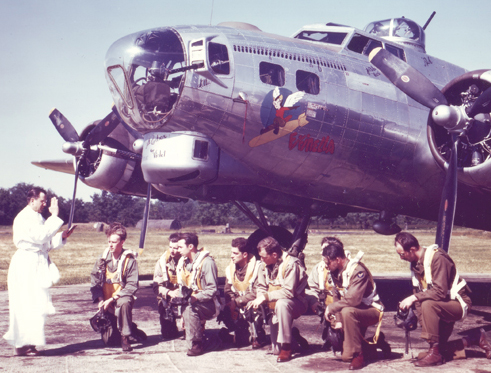 After Granger included the design in the newsletter, the women began making their own patches. This meant that there were many variations on the theme. (During wartime there was no time to mass-produce the patch.) The women who sold well often made 25-50 of them and sold (or gave) the extra patches to others.  No matter, everyone recognized that the patches were “fifinella” and knew that any woman wearing it was a WASP.

During World War II, nose art for the planes was very important in maintaining good spirits among the military, and airman Tony Starcer was among the most highly-respected painters. In April 1944, Starcer drew a Fifinella on a B-17. He painted her astride a bomb, wearing a red coat and purple trousers.

With that, the Fifnellas achieved military folklore status.

In October 1944, Commanding General Hap Arnold of the Army Air Force sent a letter to all WASP members, explaining that the group would be disbanded:

“I am very proud of you young women and the outstanding job you have done as members of the Air Forces team. When we needed you, you came through and have served most commendably under very difficult circumstances.

“The WASP became part of the Air Forces because we had to explore the nations total manpower resources and in order to release male pilots for other duties. Their very successful record of accomplishment has proved that in any future total effort the nation can count on thousands of its young women to fly any of its aircraft. You have freed male pilots for other work, but now the war situation has changed and the time has come when your volunteered services are no longer needed. The situation is that if you continue in service, you will be replacing instead of releasing our young men. I know that the WASP wouldn’t want that. [Bold added.]

So, I have directed that the WASP program be inactivated and all WASP be released on 20 December 1944.”

With that news, the women’s service came to an end.

After the war, two major changes occurred in the U.S. military. In September 1947, the Air Force and Army became separate branches. And in 1948, the Women’s Armed Services Integration Act passed. This meant that women served as permanent regular members of the military. A few of the WASPs became WAFs (Women in the Air Force). This gave them permanent status in the regular and reserve forces of the Air Force. 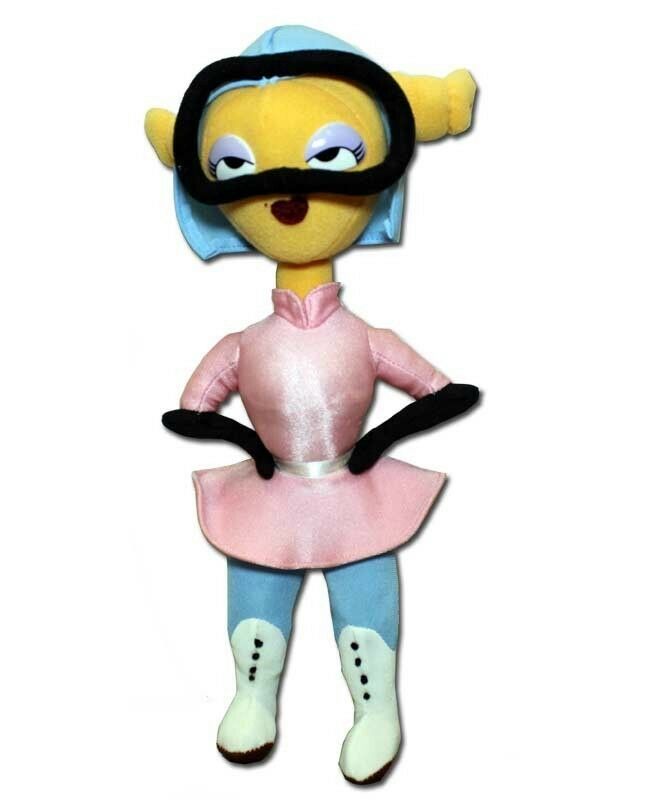 And while patches, pins, pictures, and posters depicting Fifinellas can still be found in museums and on eBay, the need for them as a mascot is no longer.

But next time your Internet goes out or your cell phone call gets dropped, you’ll know that fifinellas and gremlins are still all around us just waiting to be noticed.