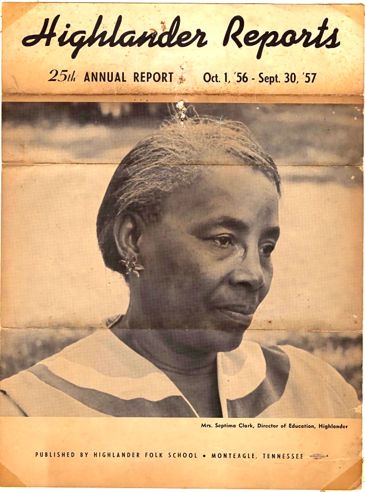 She established Citizenship Schools that transformed the South by increasing the number of African Americans who could vote.

Her acclaim came from many: Dr. Martin Luther King Jr. called Septima Clark the “mother of the civil rights movement.” Former Congressman, Ambassador, and fellow activist Andrew Young described the Citizenship Schools as “laying the foundation” for all that was to follow. 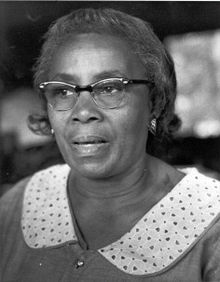 Septima Poinsette Clark was born in 1898, the second of eight children. Her father was a former house slave who worked several jobs to support his family. Her mother, a strict disciplinarian, was born free in Charleston but grew up in Haiti. From her, Septima learned the self-discipline of getting things done. From her father, she learned patience and taking the time to understand other people.

Both parents valued education. When five-year-old Septima was placed in Charleston’s public school for black children, her mother saw that the class had a student-teacher ratio of 100 to one.  She pulled Septima out and enrolled her in one of the small private schools run by women from their homes. Instead of paying tuition, her mother arranged for Septima to stay after class to help the woman with her own children.

For grades 4-6, Clark returned to public school after which she enrolled in Avery Normal School, a school to prepare African Americans to be teachers. (Many normal schools were started by white northerners to rectify the lack of education for African Americans in the South.)

After finishing at Avery, Septima had the qualifications necessary to teach, but Charleston schools did not hire black teachers. In search of work, Clark moved to Johns Island along the coast of South Carolina. From 1916-1919, she taught schoolchildren during the day and literacy classes for adults at night. It was during this time that she first heard about the National Association for the Advancement of Colored People (NAACP). She soon joined.

When offered a job at Avery Normal School, Clark accepted and 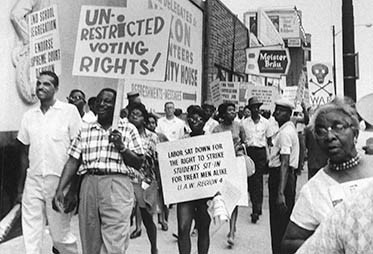 moved back to Charleston. With others at Avery, she launched a campaign to urge Charleston to offer equal opportunity to African American teachers.

During this time she met and eventually married Nerie David Clark, who worked aboard a ship that docked in Charleston. He was from Hickory, N.C., and Septima’s mother adamantly opposed the marriage. She believed that marrying someone from another state was marrying a “stranger.”

Septima and Nerie moved to Hickory for a time. Together they had two sons but one died in infancy.  Nerie also died young, leaving Septima to raise their son as a single mother.

Septima had long wanted a college education so she moved to Columbia, South Carolina, where she got her B.A. while teaching. Later she earned an M.B.A. as well.

A Return to Charleston

By the mid-1950s, Septima Clark and other African Americans were finally working in the Charleston public school system. Their time there was brought to an abrupt end in 1956 when Charleston passed a law that barred public employees from belonging to civil rights organizations like the NAACP. The teachers were told to drop their memberships if they wanted their jobs. 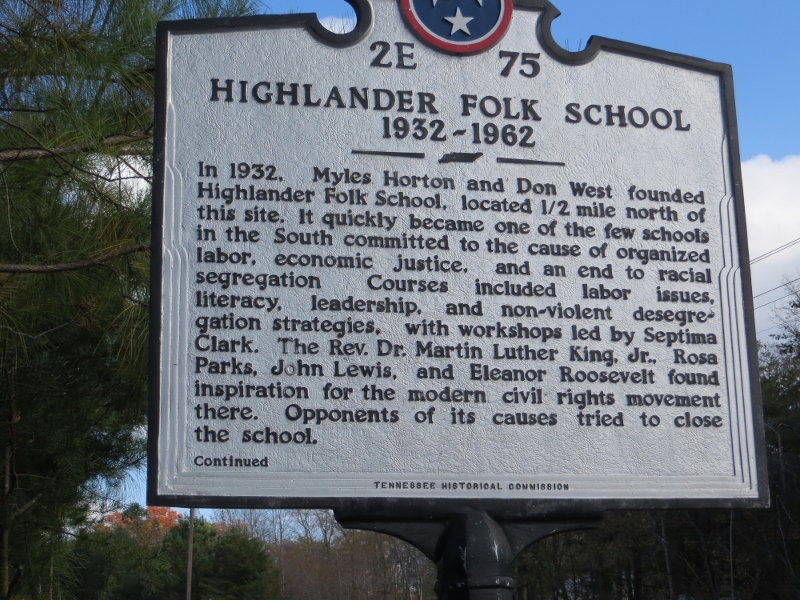 Clark and eleven other teachers refused. After forty years of teaching, Septima Clark was fired and her pension was taken away.  In 1957, the law was repealed but the wrong had been done. Clark fought for years for restitution of back pay and her pension.  While some payments were made to the teachers, she never fully recovered the amount that would have been due her.

During the summers of 1954 and 1955, Septima Clark ran workshops at the Tennessee Highlander Folk Center, which had begun in 1932 to teach labor activism. After Clark was fired in Charleston, the Highlander School hired her full-time.

The workshops she established there served two purposes: The first was to give participants the skills to return to their communities and motivate others. The second was to teach them literacy and 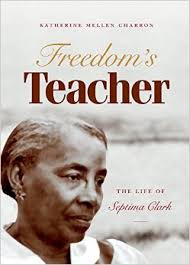 Constitutional understanding so that they could qualify to vote, despite the tough literacy laws put in place throughout the South.

Each state developed its own voting requirements to try to bar blacks from voting. Clark had to tailor her workshops according to the participants’ home states.  For example, in South Carolina potential voters had to write their name in cursive and read a section of the election laws.

The states of Georgia, Louisiana, Alabama, and Mississippi all required potential voters to read and answer a series of questions.  In eastern Texas, there was no literacy test, but there was a poll tax. The workshops coached the participants as to how to object to the poll tax. (All this information is included in Clark’s interview in UNC’s Oral History Project of the South.)

As the project grew, the next step was to establish the schools in locations other than Tennessee. For the first one, Clark chose Johns Island, seeking the help of her cousin, Bernice Robinson, and Esau Jenkins, who drove the island bus.  To avoid white scrutiny, the first citizenship school was held in secrecy on Jenkins’ bus as he drove African Americans to the mainland on their regular commute.  Later this class and others like it were held in the back rooms of local stores.

In the late 1950s, Clark split her time between teaching at Highlander and setting up new schools. She happened to be at Highlander on the day in 1959 that Tennessee authorities stormed the school, arresting the staff, and closing the school. They said Highlander was in violation of a Tennessee law that barred integration.

With the closure of Highlander, Clark’s program needed a home. Dr. Martin Luther King’s organization, the Southern Christian Leadership Organization believed in the Citizenship Schools, and the SCLC made an offer to Clark. The program grew there, and by 1961, Clark had become Director of Education for the SCLC. She was invited to be on the Executive Committee, but in the UNC interview, she noted that some of the other executive board members didn’t like her being there, and she often wasn’t listened to.  “A weakness of the civil rights movement was its attitude toward women,” said Clark.

Despite this, Septima Clark worked doggedly for what she knew was necessary to give African Americans a voice.  Over the course of the

fyears she devoted to the Citizenship Schools (1957-1970), Clark oversaw the establishment of about one thousand independent schools throughout the Deep South, and it is estimated that she was responsible for training about ten thousand leaders.

Rosa Parks provides insight into Septima Clark’s effect on the civil rights movement. In an unpublished paper, “Septima Clark: Teacher to a Movement,” J. Douglas Allen-Taylor tells of Parks arriving at the Highlander School to attend a workshop and being very worried about what was occurring in Montgomery.  “…then I had the chance to work with Septima. She was such a calm and dedicated person in the midst of all that danger. I thought, ‘If I could only catch some of her spirit.’ I wanted to have the courage to accomplish the kinds of things that she had been doing for years.”

When she retired in 1970, she settled on Johns Island. She then shifted her focus to women’s issues. As a single mother she had experienced firsthand the need for affordable day care. Her experience of being sidelined by the men with the SCLC also drove her passion to fight for human and women’s rights. 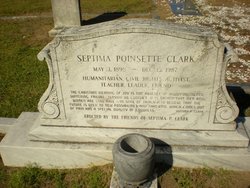 During these later years she received many awards, including the Martin Luther King Jr. Award (1970). In 1979 President Jimmy Carter presented her with the Living Legacy Award. She also received the Palmetto Award, the highest award given to a citizen by the state of South Carolina.

Her second autobiography written in 1986, Ready from Within: Septima Clark and the Civil Rights Movement, won the American Book Award. Many schools and community organizations also honored her by naming their buildings for her.

Septima Clark lived by what she believed: “Knowledge can empower marginalized groups in ways that formal legal equality can’t.”

To read about another woman who made a big difference, read the story of Barbara Jordan, Congresswoman and Trailblazer.

“Handwritten Note by Septima Clark and Letter to Carolyn Collins regarding laws discriminating against members of the NAACP,” Teaching American History in South Carolina. https://digital.scetv.org/teachingAmerhistory/tTrove/SeptimaClark.htm