Many of us will be avoiding shopping with holiday crowds by buying online, so let’s take a look back at how mail order began.

Mail order originally came about because of the needs of rural residents. Until 1896, farmers had to pick up their mail in town, so when the postal service begin to experiment with “rural free

delivery” (RFD), this offered new opportunities. The farmers made sure the roads were passable, and in return, the post office arranged for drivers to deliver the mail, thus saving farmers lost work time to travel into town. Within a few years, demand grew for delivery of items–tobacco, dry goods, medicine–that were not easily available in rural areas.

Aaron Montgomery began the world’s first mail-order business in 1872. He was a traveling salesman and realized that he could sell a wider variety of goods at better prices than what country stores were offering. His first catalog was one page long and offered 162 items. By 1883, Montgomery Ward was sending out 240-page catalogs that by the mid-twentieth century would grow to be more than 1000 pages.

Sears Roebuck & Company began in 1886 as a watch company. Richard Sears was a railway agent who bought up a shipment of watches that were being sent back by a jeweler. His success at selling the watches launched his business, and he was soon joined by watch repairman Alvin Roebuck. Their first catalog was published in 1893. 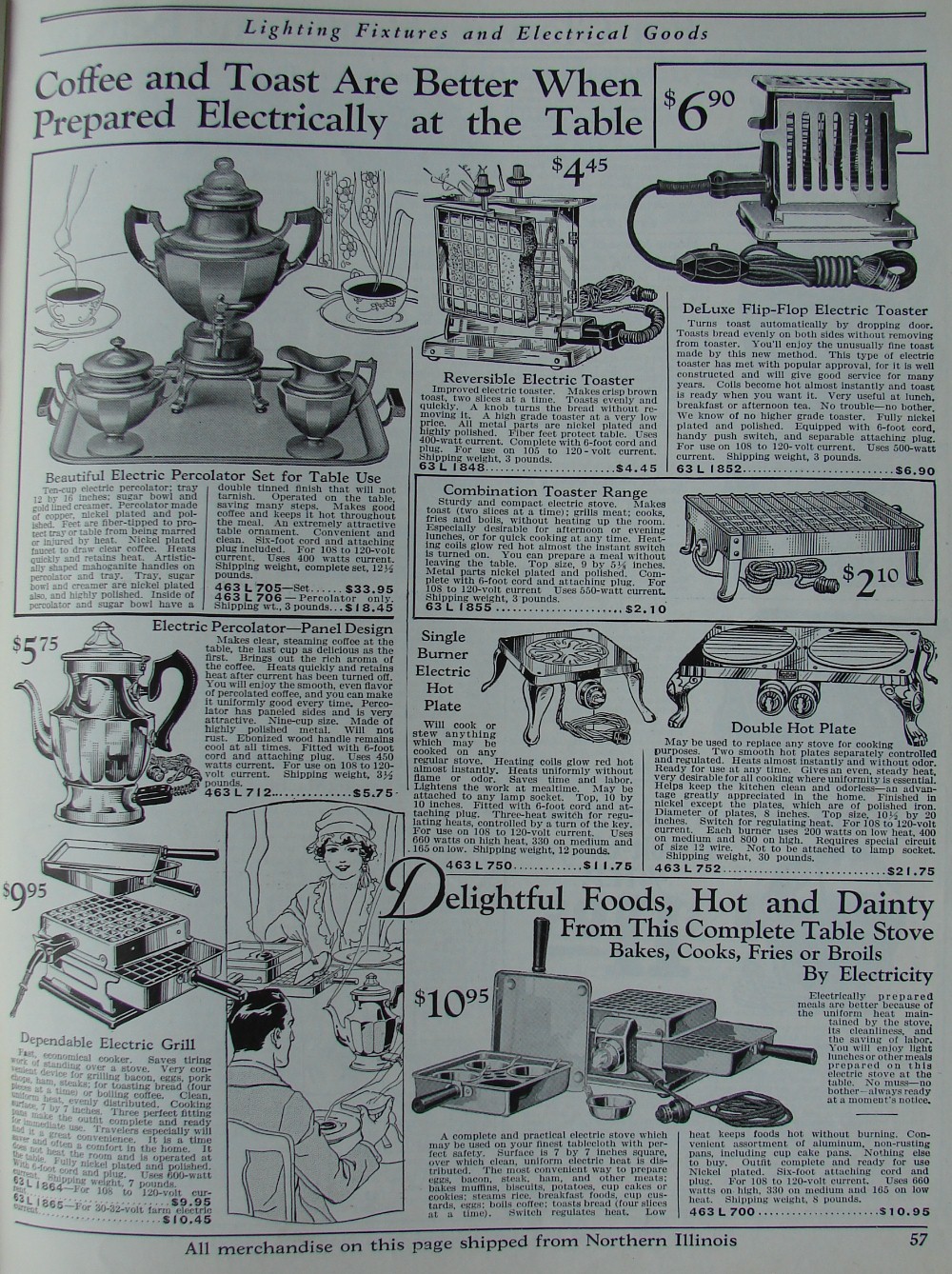 Delivery of packages by the postal service did not begin until 1913 after Congress passed into law the postal service’s right to deliver packages for a reasonable fee. Montgomery Ward and Sears had both started accepting orders by mail prior to the existence of parcel post but both saw business increase exponentially once they could rely on the more affordable postal system instead of private delivery services.

Hammacher Schlemmer started as a hardware store in the Bowery section of NYC in 1848; its first catalog came out in 1881. An early product that did well was a Motorist Touring Kit, sold in the early 1900s. There were not yet any service stations, so the kit contained what a driver would need to fix a flat tire or blown gasket on their “horseless carriages.”

Long before it became a lifestyle store for teens and young adults, Abercrombie & Fitch was a sporting goods store (1892). Its first catalog was mailed in 1909, and it was known for outfitting well-known outdoors people including Teddy Roosevelt, Charles Lindbergh, Amelia Earhart, and Ernest Hemingway.

3 thoughts on “How Mail Order Came About”