Buster was just a four-month-old mutt when dog trainer Rennie Renfro spotted him and felt the dog had “something special.” Renfro, a major Hollywood trainer of the 1920s and ‘30s, bought 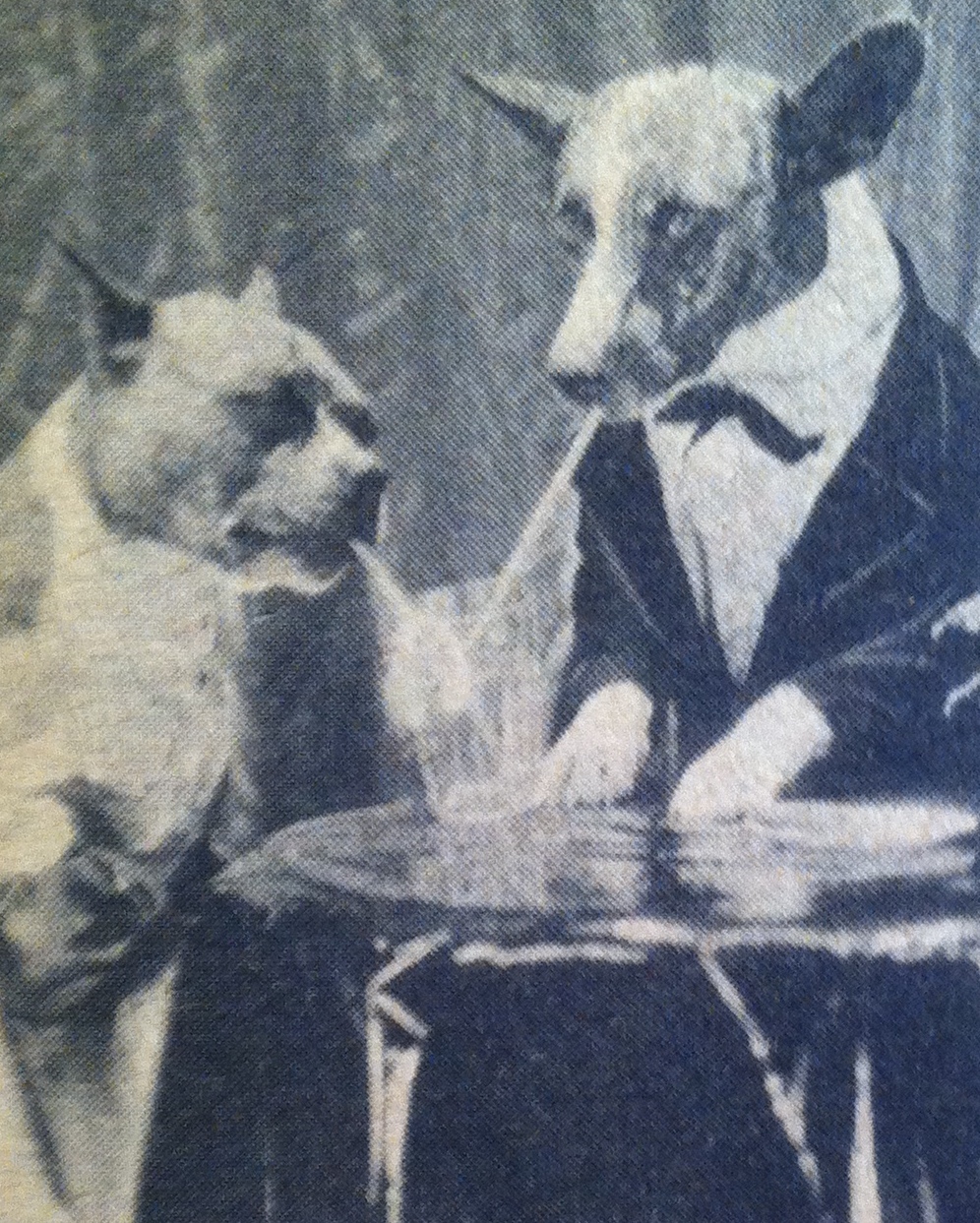 Buster for $25. Though Renfro’s farm near Hollywood kept or trained upward of one hundred dogs, Renfro , and Buster soon became inseparable.

Buster Had a Comedic Spark

Buster was highly trainable and excellent on film, and he soon was in great demand, primarily in comedic roles. For these movies, Renfro began developing sidekicks for Buster, and Buster’s companions–Jiggs, Oscar, and Pepper–were all very likely to be in the Barkies with Buster.

The plot line of Anybody’s War gives an idea of  what audiences enjoyed in entertainment at that time.  Charles Mack (1887-1934)  and George Moran (1881-1949), who started out as a vaudeville team known as the Two Black Crows because they appeared in blackface, were in a film with Buster about a dog catcher.  Each day the dog catcher and his dim-witted assistant would go out and gather up stray dogs.  But at night, the dog catcher lacked the heart to take the dogs into the pound. Instead, he began taking them home and feeding them.  Soon the house was filled with a collection of some 70 dogs (all provided and trained by Renfro).

Of course, a dog catcher couldn’t get caught with a household of hounds, so he builds a trap door and teaches the dogs to hide in the cellar if a visitor arrives.  With a knock at the door or the ring of a doorbell, the dogs would race for the trap door and remain silent as mice until the threat was gone.

We can imagine audiences would witness the heart-tug of the homeless canine followed by the high jinks of 70 dogs scrambling for a trap door.  While there is probably much we would find offensive about the “blackface” characters in the movie, modern audiences would probably still laugh at the dog scenes.

The behind-the-scenes story on this film was that  on days when only Buster was needed on set, the other dogs would howl in protest because they, too, wanted to go.

Renfro found Buster to be exceptionally smart. Before each scene, Renfro would sit down with Buster and verbalize what was to happen in the scene.  Because Buster tended to get it on the first take, it is possible he understood. 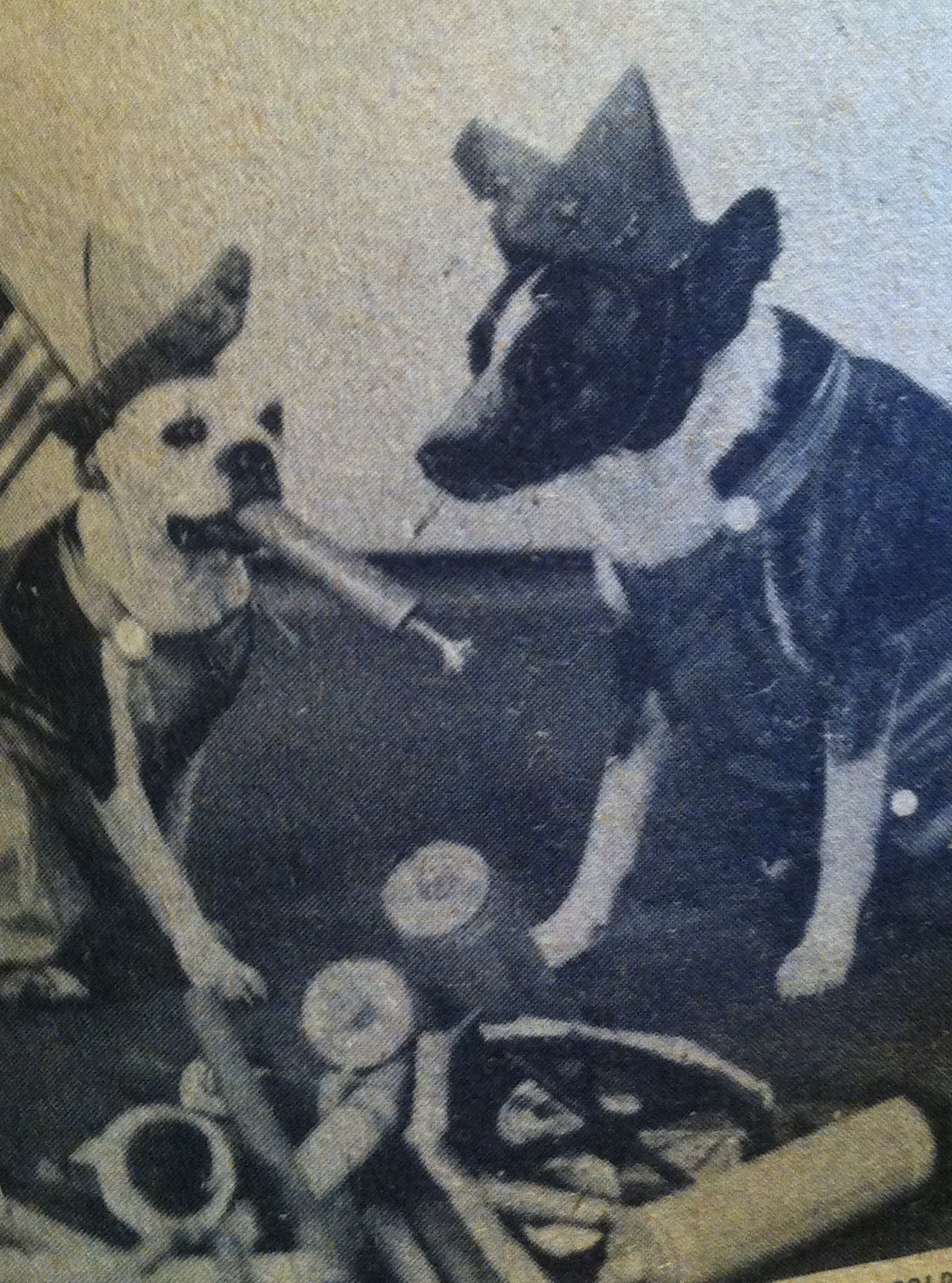 Renfro had two other lessons he wanted to impart to Buster.  One was the correct names of common household items so that Renfro could specify an item and have Buster go get it.  One director was quite skeptical of this claim, so Renfro took about 15 items and piled them up in his garage.  Buster, Renfro and the director stepped outside; Renfro would then give Buster a command as to what he was to fetch. Each time Buster came out with the correct object. possible that he understood.

From there, Renfro started writing out short commands that could be held up for Buster to read. Again, Buster succeeded in recognizing the commands.

During this era (late 20s and early 30s), dogs in costumes were popular. Renfro’s dogs had a wardrobe mistress, and each dog had his or her own wardrobe.  What did they wear? In one scene, Buster and Jiggs are college sweethearts, going out to a restaurant so they are garbed in collegiate wear.  In another movie, Old Kentucky Hounds, Renfro has greyhounds in full racing regalia—as if they were race horses.  Renfro also trained some monkeys, dressed them as jockeys, and they, too, were an important part of the film.

Humane Society Even Then

Just as they do today, the Humane Society of the early twentieth century kept a careful eye on films that involved animals.  In one of Buster’s first films, he plays a flea-infested stray who gets 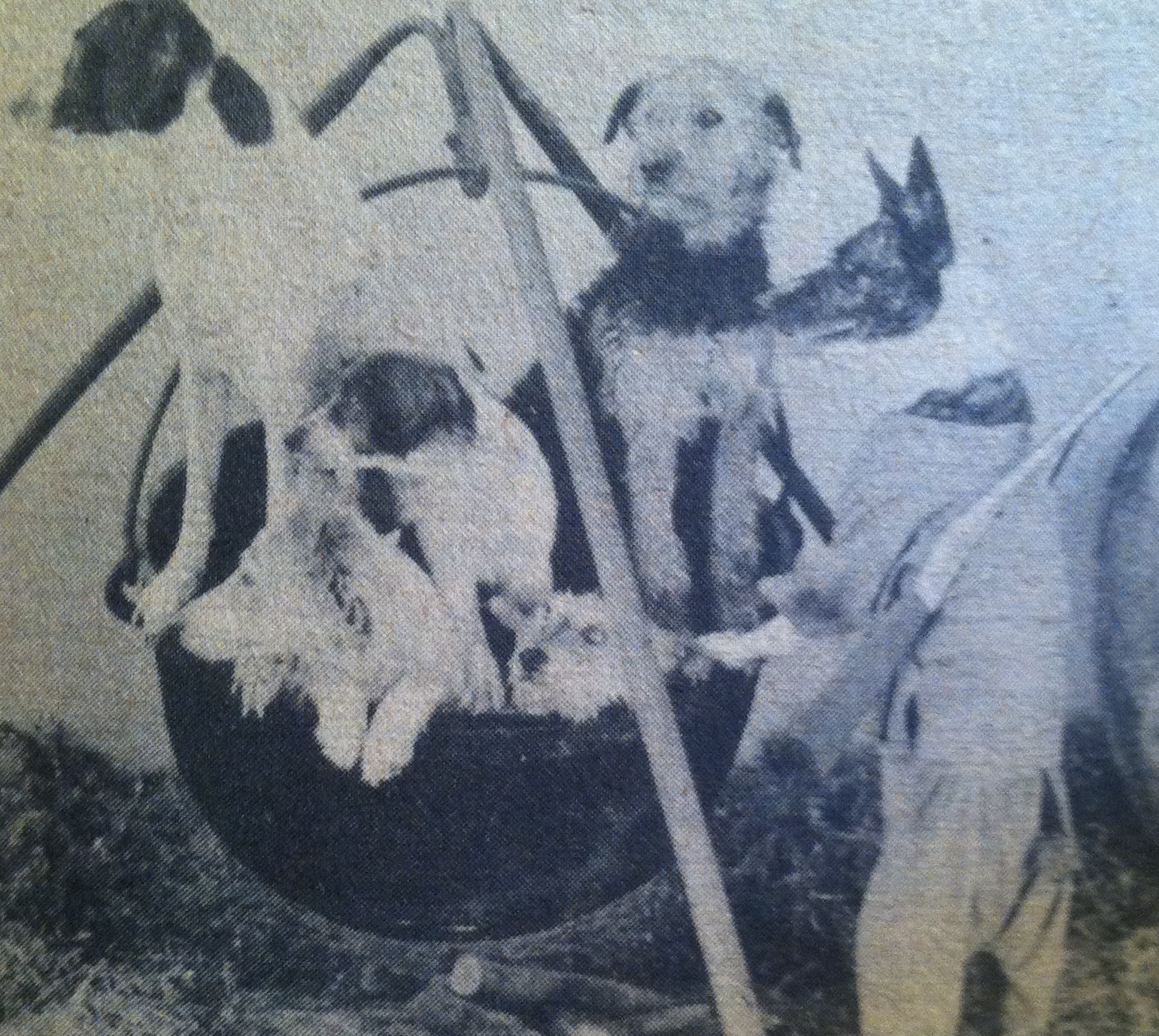 adopted by a kind-hearted fellow who buys flea powder and uses it on Buster to rid him of fleas. Buster is elated!

When the fellow goes into a building for something, Buster takes the bottle of flea powder and returns to his dog pals in the alley, sprinkling them with the medicine that will free them from itch.  The group of dogs is shown scratching mightily, and then enjoying themselves, being flea-free.

The Humane Society immediately complained that it was wrong to put fleas on dogs in order to stimulate a performance.  The filmmakers explained that the scene was not accomplished in that way.  The dogs had been gently wrapped in gauze bandages that were removed right before the film shoot.  As a result the dogs were greatly pleased to be unwrapped and scratched themselves accordingly.