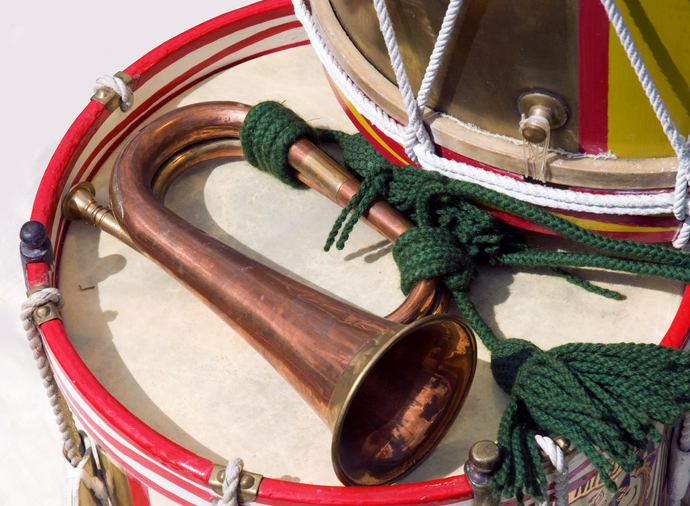 Communication on a military battlefield or in camp is vital, but before technological advances, spreading information and commands was challenging. Messengers were used to communicate among commanders, but the difficulty was great when informing large groups of men.

Switzerland is credited with creating an early system of using musical instruments to signal information to the soldiers. According to the website, www.fideanddrum.army.mil, the Swiss used the drum and the fife (an instrument like a piccolo) for military communication. The sound of a fife is high-pitched, so it carries well. In the midst of a battle, however, the fife was difficult to hear.

The Swiss found that low-pitched drumming could be heard when a fife couldn’t. With resonance that can almost be felt through the ground, the drums provided an alternative method to communicate commands across great expanses of fields and through the deafening chaos of battle.

Drums also could set a pace for marching infantrymen. Drum signals were created for halting a regiment, making directional turns, and stopping to load and fire. 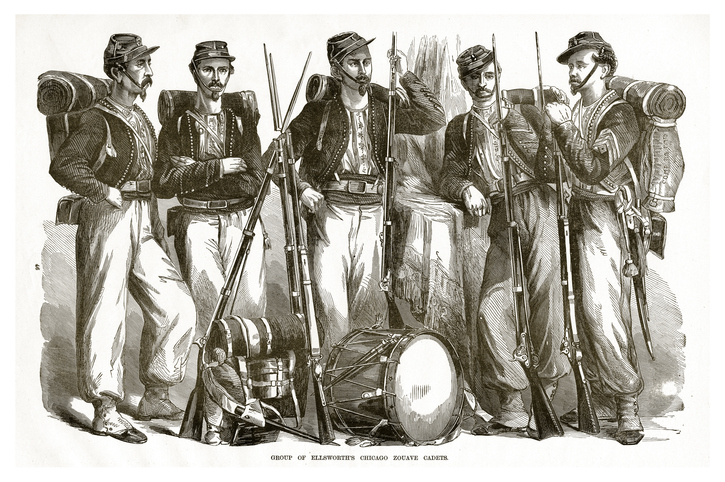 During the Revolutionary War, the Continental Army was the first militia to adopt musical calls for communication. They heard those used by the French (during the French and Indian War) and the British, and the colonists then developed their own. (Calls varied a bit from regiment to regiment and were not standardized until after the Civil War.)

The military soon found that drums were ideally suited for the infantry, but worked less well for the cavalry and the mounted artillery. But the fife was problematic as it required both hands to play, making it impractical for any mounted unit. The bugle, however, could be sounded by lifting the instrument to one’s lips with one arm. It was easy enough to carry and the sound carried well. The bugle then became the instrument of choice to use along with the drums. 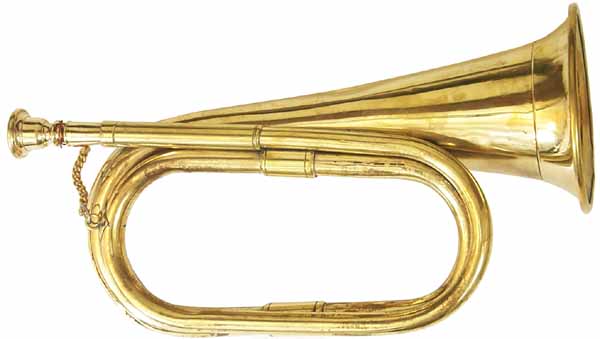 In camp, the commanders found that the bugle was more practical in sounding the camp schedule. There were at least 40 different bugle calls for everything from “stable call” and “water call” to “assembly,” “drill call,” and “mess call.”

It was imperative that soldiers memorize the meaning of different calls, but it wasn’t hard for them to pick up what various sounds meant. All they needed to do was follow along with what the more experienced soldiers were doing.

If a regiment was in winter camp or otherwise settled in for a period of time, then many of the bugle calls occurred at prescribed, predictable times. (See this list as an example.)

But when stopping temporarily or on the way into battle, the bugle calls and drumming would almost all be at the discretion of the commander. For that reason, both drummer boys and buglers remained close to headquarters. 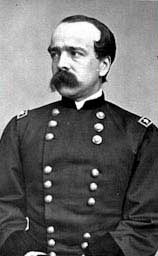 During the Civil War, several regiments would often camp in close proximity for the night. This sometimes created confusion. Was the bugle call the men just heard meant for them or for the regiment next to them?

Union General Daniel Adams Butterfield determined that his unit needed a unique bugle call that was played prior to whatever order he was sending out.

The details of the call were revealed many years later. The editor of Century Magazine consulted Butterfield as to the accuracy of some of the stories about him. Butterfield explained that the unique call he created was three notes and a catch. The men took to it relatively willingly, and often used it as marching song. Generally, they chanted, “Dan, Dan Dan Butterfield” as they marched, but when they were tired or hungry, Butterfield reported that the men replaced “Dan” with an expletive.

Butterfield is credited by many with originating TAPS. (More about that below.) 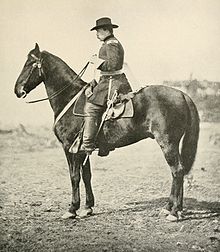 David Adams Butterfield (1831-1901) was born in Utica, NY. (He was the son of John Butterfield who began the Butterfield Overland Stage Company.) Perhaps because he joined a local citizens militia group, he experienced a meteoric rise through the military ranks once the war began.

When he enlisted in the Union Army after the attack on Fort Sumter in April 1861, his rank was that of sergeant. Within weeks, he became a colonel in charge of the 12th NY Volunteer Regiment. That July he was promoted to command a brigade, and two months later he was a brigadier general.

In the Battle of Gaines’ Mill in 1862, Butterfield was wounded. (More than 40 years later, he received the Medal of Honor for his actions there.) Later, he became a major general and served as chief of staff to Hooker.

The Creation of TAPS

Of all the bugle calls created, TAPS is perhaps the most beautiful bugle call–twenty-four long-held, haunting notes played at day’s end and at military funerals.

This is the lore about the creation of TAPS: Following the battle of Gaines’ Mill, Butterfield was injured and his brigade was camped at Harrison Landing, Virginia (near Richmond).  Butterfield had time to think about how he didn’t like the “lights out” call that was being used. He considered it too formal.

He mused about another call—the Tattoo that told soldiers to secure the post and return to their garrisons. Butterfield began playing around with the last refrains of Tattoo. (To hear the Tattoo bugle call, click here.) 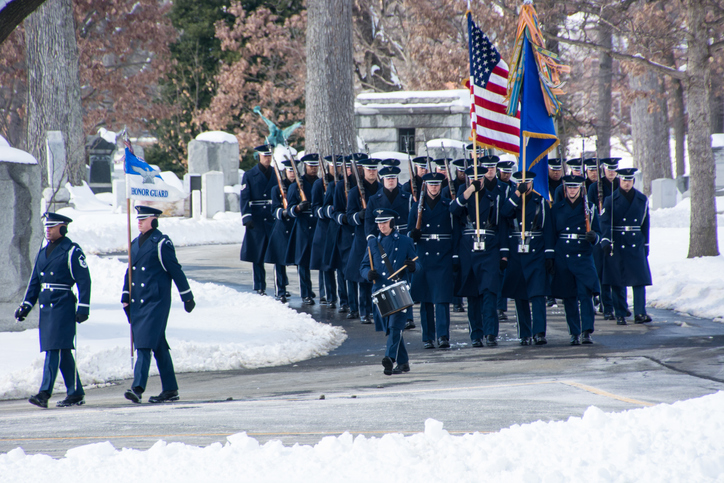 Butterfield sent for the brigade bugler, Oliver W. Norton. He asked Norton to play the notes that Butterfield hummed. Norton did so, and Butterfield made on-the-spot suggestions and also listened to Norton’s comments on how the new call sounded. Eventually he and Norton were satisfied they had improved it.  (The details of this story are outlined by West Point graduate Jari A. Villanueva www.west-point.org/taps who found letters from Norton and from Butterfield written in 1898 to Century magazine in 1898.)

As the various units in the Army of the Potomac heard it, they took it up. Then when the 11th and 12th Corps moved out to Chattanooga in the fall of 1863, they carried it when them. From there it spread to the western armies.

TAPS Played at a Funeral

The first time TAPS was played at a military funeral is not certain, but Jari Villanueva of West Point speculates that it was first used in Virginia soon after it was composed.

Union Captain John Tidball was head of an artillery battery during the Civil War. When one of his cannoneer’s was killed in action, Tidball was troubled. The tradition was to fire a three-rifle volley over the grave where a soldier was to be buried on the field. Tidball felt that it was problematic to do this. The battle had just ended, and if the volleys were sounded, it might renew fighting.

Instead, he asked that TAPS be played—a fitting way to honor a fallen soldier.

No Official Lyrics but These are Used

Though TAPS did not have lyrics when it was first composed, words have been added to the music by many. These are perhaps the most often heard:

“Day is done, Gone the sun,
From the lake, From the hill,
From the sky.
All is well, Safely rest,
God is nigh.”

A Postscript about Butterfield

Daniel Butterfield did not attend West Point, but he is buried there. His tomb is a towering, elaborate structure, one of the most ornate in the cemetery.

Butterfield planned ahead for his burial. He had a deep-seated fear of being buried alive, so he designed an alarm system that he could ring from inside the tomb if it happened that he was buried alive. (This was a common fear of the era.)

Unfortunately, cadets found this irresistible. Pranksters quickly found how to enter the tomb and trigger the alarm.  After this occurred several times, the cemetery caretaker requested that the alarm be silenced. He was tired of the middle-of-the-night “emergencies,” and by that time, they ascertained that Butterfield was indeed dead. 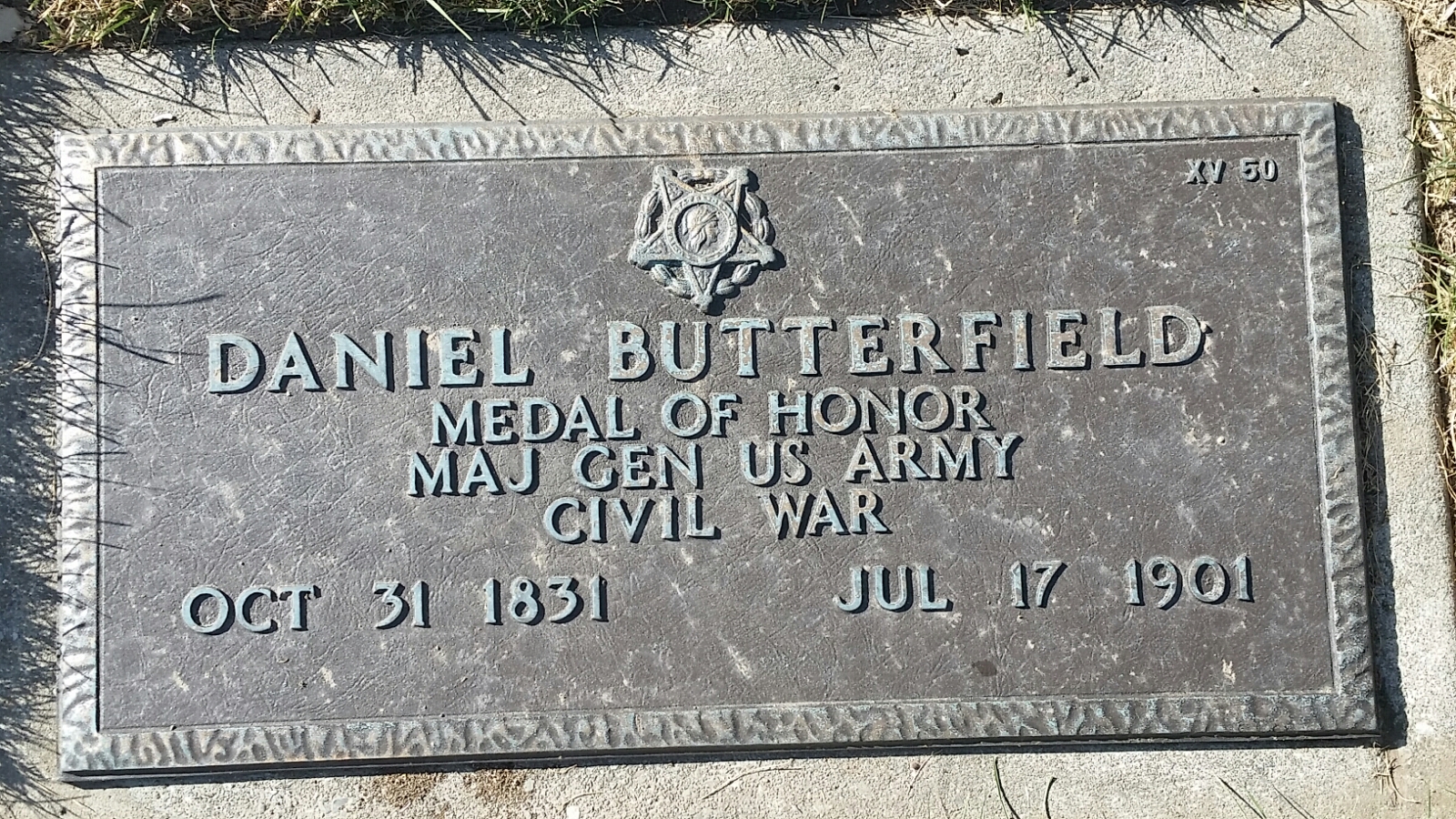 For more on war communication, see the article about the Signal Corps during the Civil War.

Read, too, about the World War I women operators who were also members of the Signal Corps.

And to hear the U.S. Army buglers play TAPS from Arlington National Cemetery, watch this:

“The History of TAPS,” by Master Sergeant in the U.S. Air Force Band Jari A. Villanueva,” Association of the United States Army, www.ausa.org/history-taps

“The Origin of Taps,” The Memorial Day Foundation, https://www.memorialdayfoundation.org/education-and-history/the-origin-of-taps.html

“The Story of Taps,” U.S. Department of Veteran Affairs, https://www.va.gov/opa/publications/celebrate/taps.pdf

“24 Notes that Tap Deep Emotions,” by Jari A. Villanueva, www.west-point.org/taps/TAPS.html