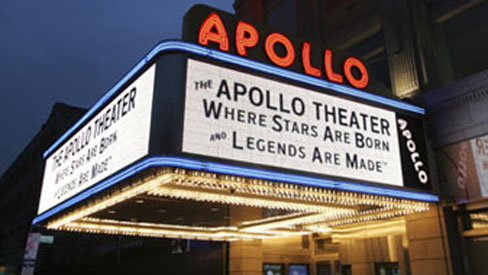 The Apollo Theater in Harlem was a burlesque theater until 1934 when new owners took over.  They transformed it into a black performance space that attracted the best of the best in dance, music, and comedy.

It became so well-known that it was a beacon for performers from all over. The style of entertainment varied with the years. Comedy, dance, swing, jazz, rock ‘n’ roll, soul, hip hop, and more have all been welcomed on the Apollo stage.

As the burlesque era faded, Leo Brecher and Frank Schiffman, two businessmen who owned most of the theaters in Harlem, transformed the Apollo into a new type of theater that featured only black performers. Frank Schiffman was the face of the operation; Brecher operated behind the scenes. Together, they built a business that dominated black entertainment. 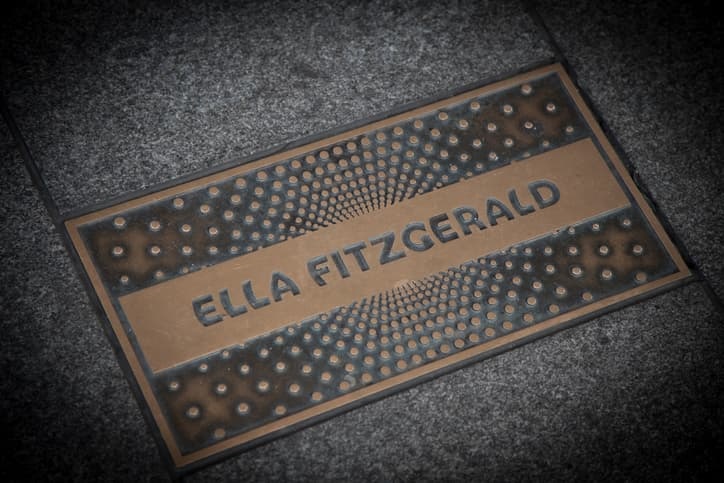 White performers heard about what was happening on 125th Street, and many came to study the magic. Milton Berle was just one of the artists who visited regularly to sit and listen at the Apollo to figure out how to transform the jokes he heard there for use before his downtown audiences.

Musicians like Elvis Presley and John Lennon arrived in New York with the Apollo at the top of their must-see New York destinations.

Amateur Night at the Apollo 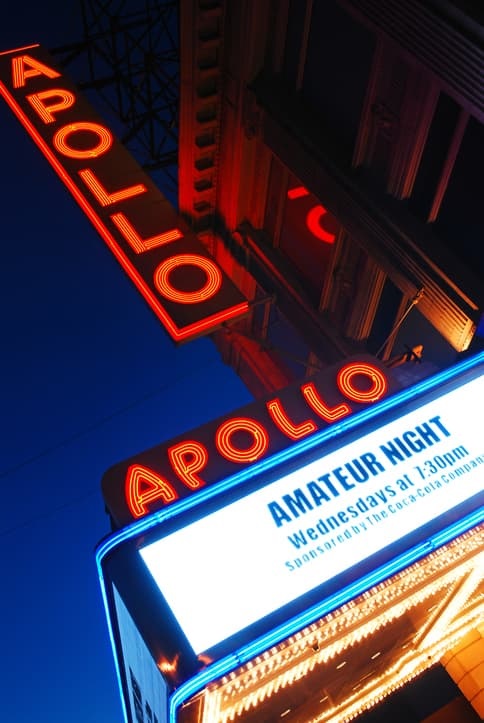 Amateur Night at the Apollo was held every Wednesday for many years—long before there was American Idol. The theater became famous for the stars introduced there.

Prizes were awarded each week. If a performer received four first-place prizes, their reward was a one-week professional engagement at the theater—a golden opportunity.

During the first 20 years, an estimated fifteen thousand amateur performers came and tried their luck with the Apollo audiences. Ella Fitzgerald, Pearl Bailey, Gladys Knight, Wilson Pickett, James Brown, and Billy Kenny of the Ink Spots are just a few of the performers who broke through on amateur night. 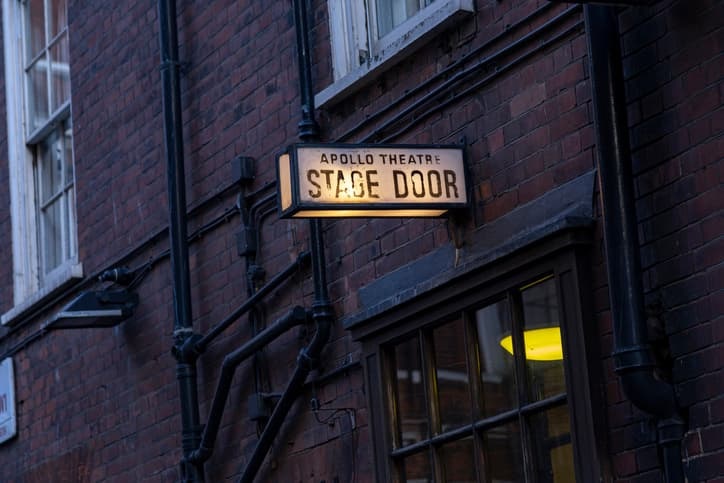 In 2011, a public program to celebrate the 75th anniversary of the theater’s opening was produced by the Apollo Theater Foundation and the National Museum of African American History. It brought together experts whose commentary brought to life stories of the Apollo.

Robert G. O’Meally, the Zora Neale Hurston Professor of English and Comparative Literature at Columbia University, opened the discussion by stressing the strong sense of community that was part of the Apollo. In clips he played of some of the performances, there was a consistent sense of audience involvement with shouts of pleasure and encouragement as the performers went on.

Former dance critic for Dance Magazine, Zita Allen, described the nonstop schedule of the chorus girls who performed regularly at the Apollo.  Mel Watkins, author of Stepin Fetchit: The Life & Times of Lincoln Perry, gave a great overview of comedians, and he talked of some of the unknown comics who got started there, including Moms Mabley.

More Experts on the Apollo 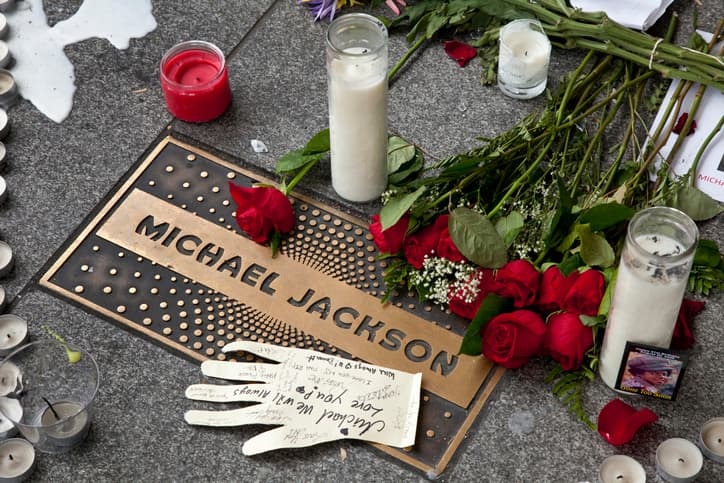 James Brown was famous for his terrific performances at the Apollo. Greg Tate, editor of Everything but the Burden: What White People are Taking from Black Culture, talked of how Brown considered the Apollo an incubator for developing his music. He was particularly respected for the precision with which his band members played.

Herb Boyd, author of Baldwin’s Harlem: A Biography of James Baldwin, talked of the Apollo’s intersection with white and black culture and the role the theater played in helping raise money for civil rights.

One of the film clips shown at the public program was particularly remarkable, providing the audience with one of those “I’ll never forget this” moments. If you watch this clip, you will understand the magic that emanated from the Apollo for so many years.

While the clip is from the film, “Stormy Weather” (1943), the featured performers were regulars at the Apollo. “Jumpin’Jive,” stars  Cab Calloway and his band with dancing by the incredibly gifted Nicholas Brothers.

Stay with the clip until about 1:45 into it to see some remarkable dancing. Then continue until the end–the last minute is awesome.

In the Spring of 2020, The Wall Street Journal interviewed Jonelle Procope, CEO of the Apollo. She discussed with the reporter the plans for growing the Apollo by adding two new performance spaces by the fall of 2020. 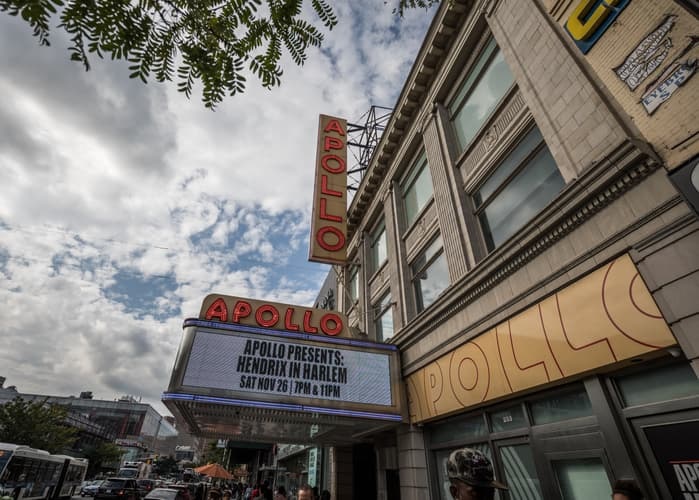 While the original Apollo featured a variety show format, Procope pointed out that the new space will be different.  The goal is to support black artists by giving them space to test out their works. Special focus will be given to artists telling the African American narrative and stories of the diaspora.

The theaters are part of a mixed-use building that is adapting a former movie complex located just up the street from the Apollo. There will be residential units, a hotel, the two stages, and a cultural arts facility.

Their first artist in residence is Ta-Nehisi Coates, author of Between the World and Me. His book has been adapted for the stage by the Apollo’s executive producer, Kamilah Forbes. Music is provided by Jason Moran, a MacArthur genius and head of the jazz program at Kennedy Center.