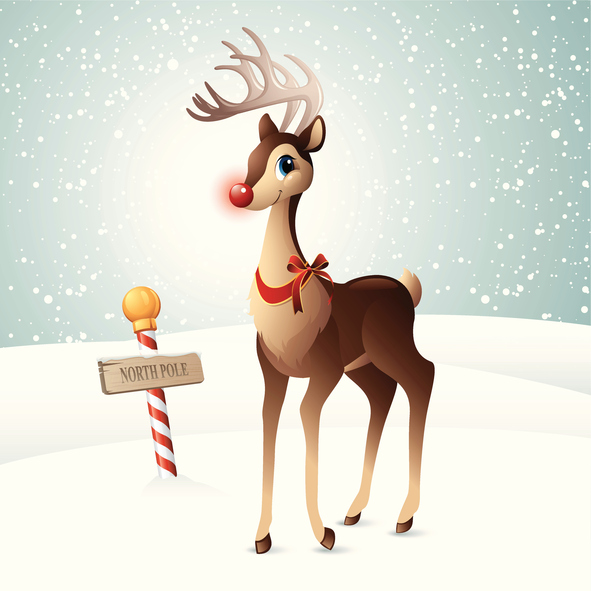 Today Rudolph the Red-Nosed Reindeer is the star of a popular holiday television special and a live stage show. The song, based on the story, was written in the late 1940s and is still frequently played on radio or sung by school children throughout December.

While Rudolph has remained popular well into the 21st century, he had his beginnings in the late 1930s. He was created by a staff copywriter who worked for Montgomery Ward. The story was published and popularized as an incentive to bring consumers to the stores at holiday time.

Rudolph the Red-Nosed Reindeer: The Beginning

Department stores in the 1930s struggled to bring consumers to stores even at holiday time. One of the ideas that grew out of this era was for stores to create North Pole sections of their stores where Santa (often a store employee) could sit to listen to children’s gift requests. Once the families were in the department store, retailers hoped the parents would shop. 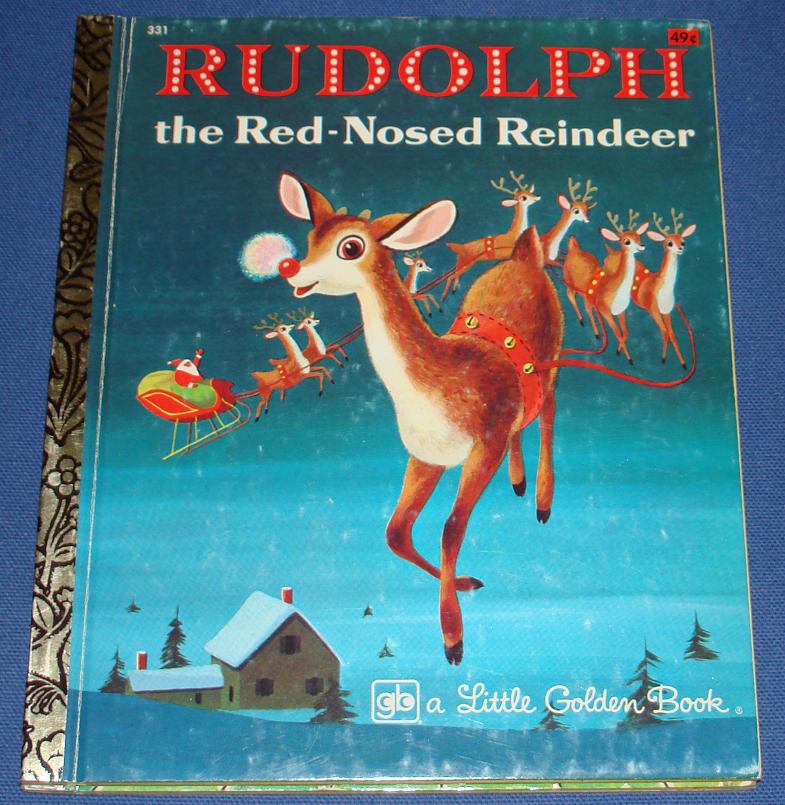 At Montgomery Ward, Santa always gave each child a coloring book after they visited. In 1939, the retailer was looking for ways to cut costs. Management still wanted to let children leave with something, but it needed to cost less. They had in-house copywriters. Why not let one of them create a Christmas storybook to give away?

The copywriter chosen for the job was Robert May (1905-1976). As a father of a young child, he must have seemed like a good candidate. As it happened, May had a story to tell.

Robert May had been among the smaller children in his grade at school, and the bigger boys took great pleasure in taunting him. May turned his personal challenge into a Christmas story about a reindeer who got teased for being different and having a funny-looking nose. However, Rudolph’s luck changes one foggy night when Santa spots him as the one reindeer who can lead Santa and his sleigh through the skies to continue delivering toys.

Parents and children loved the story. That year, the store distributed 2.4 million copies of the Rudolph storybook.

The following year, the retailer saw no reason to give up on Rudolph. 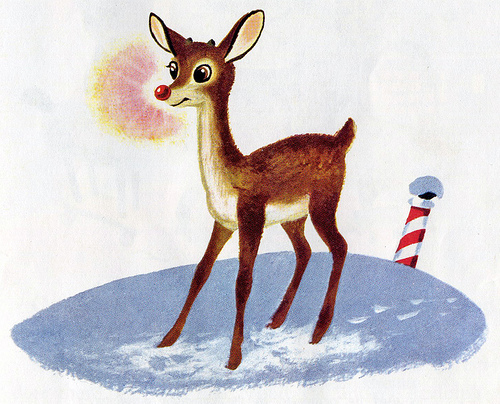 Because Montgomery Ward had many outlets, they prepared special sales information to help each store get the most from the storybook. The referred to the Rudolph story as the “Perfect Christmas Crowd-Bringer.” They sent out sample ads and promotional suggestions. They also advised that stores should distribute only to children accompanied by adults to “keep street urchin traffic to a minimum.”

By 1946, Montgomery Ward printed and distributed more than 6 million copies of the book. At that point, however, store management felt Rudolph had run his course.

Personal Challenges of Robert May

While Robert May was working at Montgomery Ward, he was also dealing with a personal tragedy. His wife was sick and died of cancer shortly after May wrote the story. He was left as a single father of their young daughter with a mountain of medical debts. He struggled through the first few years after her death doing the best he could. As the store made plans for Holiday1947, May learned that Montgomery Ward no longer planned to distribute the storybook.

Robert May approached Sewall Avery, Montgomery Ward’s president, and requested the rights to Rudolph. He hoped he could get it commercially published and perhaps pay off some debts.  In the true spirit of Christmas, Avery agreed. (There ought to be a star shining for Sewell Avery even now.)

As May took over the management of Rudolph’s career, he was approached by Max Fleischer, a well-regarded pioneer in the field of animation.  The two made a deal, and Fleischer developed a nine-minute cartoon of the Rudolph story for theatrical release. 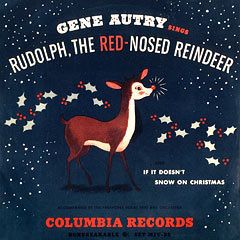 During this time, May’s brother-in-law, a veteran songwriter named Johnny Marks, was at work on a song about Rudolph. Marks was well-connected in the music industry, and he recorded and sent a demo copy to Perry Como. Como liked it but wanted to change some of the lyrics. Marks had a problem with that, so he continued to look for a star to record it. He tried both Bing Crosby and Dinah Shore, but neither were interested.

The next idea Marks had was to send it to the singing cowboy, Gene Autry. The country western singer had recorded one or two other Christmas songs but Rudolph was a children’s song, so he didn’t jump at it right away.  However, he eventually agreed and recorded it in 1949. Rudolph the Red-Nosed Reindeer soared to the top of the Billboard pop charts as well as the country and western charts. It was a huge breakthrough for Autry.

Johnny Marks was a big part of the success of the Rudolph song. He saw promotional opportunities that others missed. Autry was booked for a performance at Madison Square Garden. When Marks heard about it, he begged Autry to add the children’s song to his program. Autry reluctantly agreed, and Marks hired a costumed Rudolph to prance around during the song.

Gene Autry also had a radio program, and Marks knew the song should be performed over the airwaves. Neither Autry nor his producer was wild about performing a holiday children’s song during Autry’s regular country western show. Marks continued to urge, and Autry finally gave in.

During that first year, Rudolph sold two million copies. It became a mega-seller for years to come, remaining the best-selling single of all time after Bing Crosby’s White Christmas.

Robert May eventually left Montgomery Ward to manage Rudolph’s career full-time. Between the song, the cartoon, more editions of the book, a movie, and merchandise, there was plenty to do. Robert May became wealthy based on the story.

The many forms of the Rudolph story took on lives of their own. The original cartoon is the only one where the plot remained true to 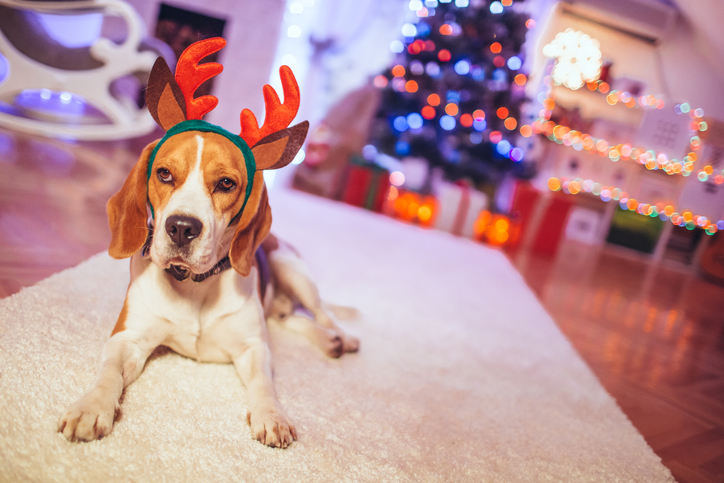 In the original, Rudolph did not live at the North Pole or grow up aspiring to pull Santa’s sleigh. He lived in a reindeer village with his family. Santa comes to the village one foggy Christmas Eve. When Santa enters Rudolph’s bedroom to leave Rudolph’s gifts, Santa notes the glow from Rudolph’s nose. Santa knows immediately that Rudolph must lead Santa’s sleigh for the rest of the night.

The original verses were like “The Night Before Christmas” in rhythm and feel:

“Twas the day before Christmas and all through the hills

The reindeer were playing…enjoying the spills.”

When a publisher brought out a new copy of the story in book form in 1951, it was illustrated by the young Richard Scarry, who was to go on to be a major illustrator of children’s books.

Rudolph has outlived all those who originally made the song and story famous, but he made many happy because Rudolph brought success. Robert May went on to remarry, and his daughter grew up in a happy household with siblings.

Before he died in 1976, May left some of the Rudolph papers and memorabilia to his alma mater, Dartmouth College. The collection was temporarily forgotten until about 2010, when one of the archivists came upon some of the material. The original scrapbook of Rudolph’s early success has now been restored, and we have additional details about the story. Among the items uncovered was the fact that May considered naming the Rudolph Rodney, Rollo, Reginald, or Romeo.

From this vantage point, Rudolph seems just right. After all, as Santa in the original cartoon says: Rudolph “had the #1 job on the #1 night:

Fleischer’s cartoon, released in 1948, is now in the public domain. It portrays May’s original story and provides a fascinating feel for early animation. As you watch, remember that the soundtrack of the Rudolph song we know was not added until the early 1950s.

“Do You Know the Real History of ‘Rudolph the Red-Nosed Reindeer?’” by Billy Hallowell, www.theblaze.com,  December 24, 2011.

1 thought on “Rudolph the Red-Nosed Reindeer: Its Origin”