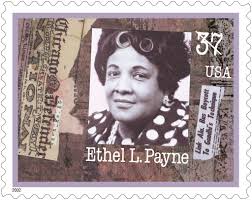 Ethel Payne made a name for herself as a tireless black journalist who was willing to ask tough questions about segregation and civil rights. She did not become a journalist until she was in her thirties. She was hired by The Chicago Defender, a well-known and important newspaper for the black community, based on background information she had provided to one of their reporters.

Once on staff at the newspaper, she traveled internationally and was assigned to the White House for several years. She went on to become a commentator for CBS News, working for both radio and television news programs.

Ethel Lois Payne (1911-1991) had no blueprint for her many career achievements; she blazed her own trail.

Ethel Payne was born to parents who took advantage of the only options open to them.  Her father worked at a tannery connected to the Chicago stockyards and then moved up to be a Pullman porter. He was only 46 when he died. Her mother, left with six children, became a domestic worker so that she could support the family.

The Payne children knew that college was important but they knew it was not something affordable for all of them; the family decided each sibling would contribute and the youngest child, a girl, would be the one sent to college.

Ethel was in the middle of the sibling hierarchy, so after high school,

she attended a junior college and then opted to try Garrett Biblical Institute to see if the classes there might be more rigorous. While the education may not have been all that Payne desired, it whetted her desire to help others. She took a job as a matron in a girls’ reform school, hoping to make a difference in the young girls’ lives.

The job at the school proved to be a tough one, so when Payne qualified for work in the Chicago Public Library, she accepted a job there as a junior librarian.

In 1941 she connected with A. Philip Randolph, who was a leader in civil rights and the labor movement; among his achievements was the organizing of the Brotherhood of Sleeping Car Porters. At the time Ethel Payne joined him, Randolph was at work on the March on Washington that was intended to end discrimination in the war and military industries. Her experience working with Randolph was a formative part of her life.

In 1948 Payne was looking for new experiences, and she responded to a newspaper advertisement for hostesses in a U.S. Army Special Services recreation club in Japan. The American clubs and living quarters in the Pacific continued to be segregated, so during her three-year stint, she planned activities and got to know the black soldiers stationed in Tokyo. 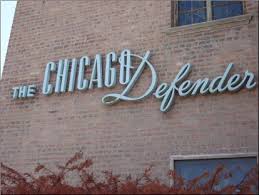 Payne saw how Japan had been devastated by the war and the bombings. She noted that because their economy was still not strong, they welcomed the American soldiers and the money they spent.  She also observed the soldiers interactions with the Japanese women. Though the soldiers were not to marry Japanese women, fraternization happened, and some of the men lived off the base with the women they loved.

In 1950, two black reporters from the U.S. were in Japan on their way to cover the Korean conflict. They had heard about Payne and her observations of the culture, and they arranged to meet her at Tokyo’s overseas press club. Payne took along her journal, and one of the reporters, who was from The Chicago Defender, asked to take it with him.

The reporter used it for the basis for several stories for the newspaper, crediting Ethel Payne with the background information. The stories made news for many reasons. While the aftermath of the war in Europe was well-covered, no one was looking at what was happening to the countries affected by the war in the Pacific.  In addition, the segregated quarters and recreation clubs for the American soldiers went against orders given by President Truman to end segregation in the military.  News of the situation caught the attention of the government and the black American community.

The reports of segregation and the fraternization of Americans with Japanese women attracted the negative attention of the military, but Payne soon had a job offer from The Chicago Defender. She accepted and prepared to return home.

Payne as a News Reporter 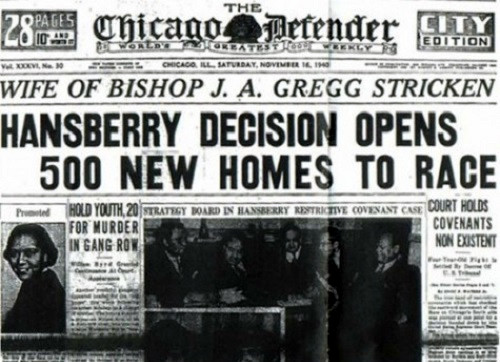 Defender, including topics such as the adoption of “brown babies,” as they were called at that time.  In 1953, Payne was getting restless so the publisher sent her to Washington to cover politics.  At the time, she was one of only three African-Americans who had credentials to attend presidential press conferences at that time. (In 1944 Harry McAlpin was the first to break the White House Press Corps color line.)  Payne was relentless on the subject of segregation—persistent to the point that President Eisenhower soon learned not to call on her for questions.

The Defender also sent her on multiple overseas assignments.  She was the only black correspondent at the 1956 Bandung conference in Indonesia and covered the Nigerian civil war. She was also the first African-American woman to cover the war in Vietnam.

By the mid-1950s she returned to the United States to report on the Civil Rights Movement; she was there to write about the Montgomery Bus Boycott of 1956, desegregation efforts at Little

Rock Central High School in 1957, and the March on Washington in 1963. She also contributed a remarkable series of articles, “The South at the Crossroads,” chronicling the South during the civil rights era.

In 1972 she accepted an offer from CBS News to join their small group of commentators, and she worked for both radio and television (1972-1978).

She later left both The Chicago Defender and CBS and self-syndicated her column.

Payne was often referred to as “the first lady of the black press” and became an icon during her lifetime. She was inducted into the District of Columbia Women’s Hall of Fame in 1988. She won awards from the Chicago Council on Foreign Affairs and the National Association of Black Journalists. The Postal Service also selected her as one of four female journalists to have a stamp issued in her honor.

“I think I’ve had a charmed life,” Ethel Payne told Kathleen Currie who interviewed her in 1990 for the Washington Press Club Foundation. “I’ve been able to be an eye-witness to so many profound things and so many changes, and I’ve lived through it and I’ve witnessed. I’ve had a box seat on history, and that’s a rare thing.”

To read some of these delightful interviews conducted by Currie, 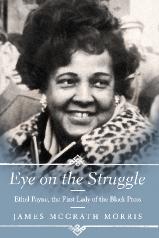 Payne died of a heart attack on May 28, 1991, at age 79.  Her complete story is told in James McGrath Morris’ book, Eye on the Struggle: Ethel Payne, First Lady of the Black Press.

Eye on the Struggle: Ethel Payne, First Lady of the Black Press, by James McGrath Morris, 2015.

“Ethel Payne: First Lady of the Black Press Asked Questions No One Else Would,” The Washington Post, August 2, 2011.