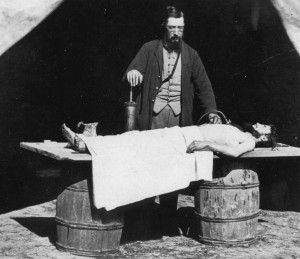 Medical and scientific advances often arise from wars and other crises. During the Civil War, one of the changes needed was an improved way to handle the dead.

Before the war, most people died near where they lived. Families arranged the burials relatively promptly, and there was no need for the body to be preserved.

Then when the war began, everything changed. Families who could afford it, wanted their fathers, sons, uncles and brothers brought home if they were killed. They wanted to give them a proper burial.

Railroads made it possible to transport the dead, but corpses needed to be preserved to travel home. Depending on where the battle was and where the soldier was from, a trip by rail could take a couple of weeks. Decaying bodies smelled terrible, and railroads didn’t like dealing with them. 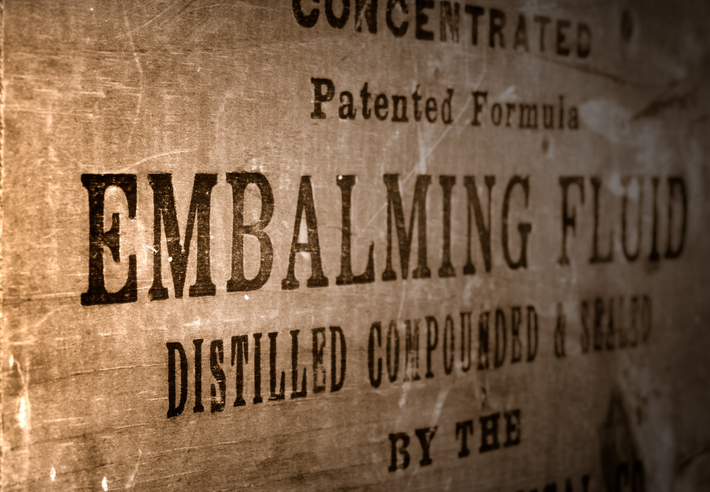 But families wanted to see their loved one for a final time and bury him in the family cemetery.  This led to the need for embalming—a scientific art that was beginning to be used but was not yet common practice.

Most people know that embalming took place in ancient Egypt. But there was no straight line for the practice of embalming between that time and the Civil War.

Throughout the following centuries, some communities found their own ways to preserve bodies, but it was not in common practice until the late 18th century. At around that time, Europeans were beginning to study cadavers to learn more about medicine. That introduced a new reason to embalm.

Shortly thereafter, the French decided it was a fitting and fashionable way to honor the dead. The doctors there created a new method—that of arterial embalming.

In America, Thomas Holmes (1817-1900) trained and worked as coroner’s physician in New York during the 1850s. He read about the arterial embalming process used in France, and he experimented with it in the U.S. He soon started teaching the method to others. 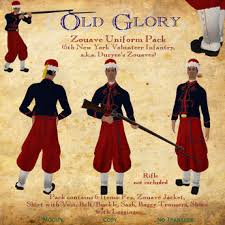 The first military fatality of the war, Colonel Elmer Ephraim Ellsworth (1837-1861), was a Union soldier who had previously worked for Abraham Lincoln when Lincoln was still in Springfield, Illinois.

When the possibility of war loomed, Ellsworth became part of the 11th New York Volunteer Regiment, the Zoauves. The Zouaves generally wore baggy pantaloons, a blouse-y shirt, a short, fitted jacket, and often a fez (style of hat).

In Virginia, the day after voters ratified the state convention’s decision to secede from the Union, Union troops entered Virginia to create a defensive line around Washington, D.C. (May 24, 1861) Ellsworth and his troops marched in to Alexandria, Virginia.

Ellsworth sent his men to take over the railroad station. He went to remove a Confederate flag from the roof of the Marshall House Hotel. He entered the hotel and went up to a second-floor window and took down the flag. On his way down the stairs, Ellsworth was shot by a Virginia citizen.

When Lincoln heard the news, he was devastated. He remembered Ellsworth well, and the reality of what the country faced was made very personal. When Dr. Holmes heard of Ellsworth’s connection to the president, he visited Lincoln and offered to embalm the body of Lincoln’s friend at no charge. 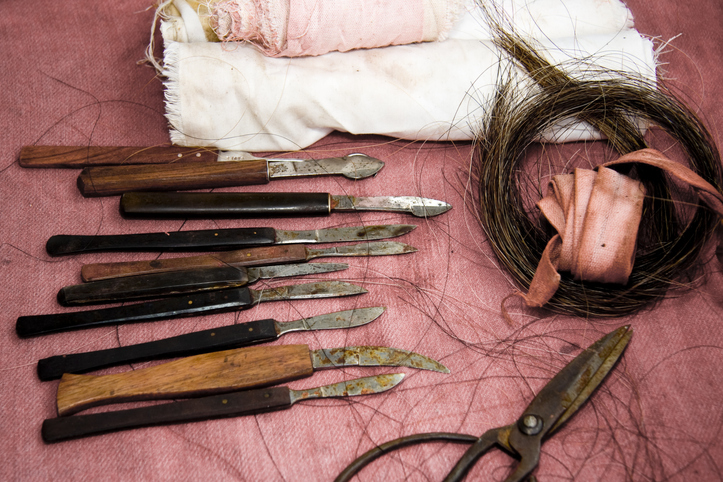 Ellsworth lay in state at the Executive Mansion and then was taken to City Hall in New York City where Union soldiers lined up to pay their respects. Ten days after his death, Ellsworth was buried in his hometown, Mechanicsville, New York.

An account in the New York Times (May 27, 1861) shows that the embalming process was still little-known:

“The remains [of Ellsworth] were encased in a metallic coffin, the lid of which was so arranged that through a glass cover the face and breast could be seen. The body was dressed in the Zouave uniform of Colonel Ellsworth’s corps, but it [the face] did not bear that natural look so often seen in cases of rapid death. The livid paleness of the features contrasted strongly with the ruddy glow of health that always characterized the Colonel during his lifetime. The marked features and the firm expression of the mouth were, however, sufficient to remind the beholder of what once was Colonel Ellsworth….”

As a result of his successful preservation of Ellsworth’s body, Dr. Holmes work became known. The Army Medical Corps commissioned him to embalm the corpses of dead Union officers in order that they might be sent home for burial. Holmes is said to have embalmed as many as 4,000 bodies himself, but that did not begin to meet the need. 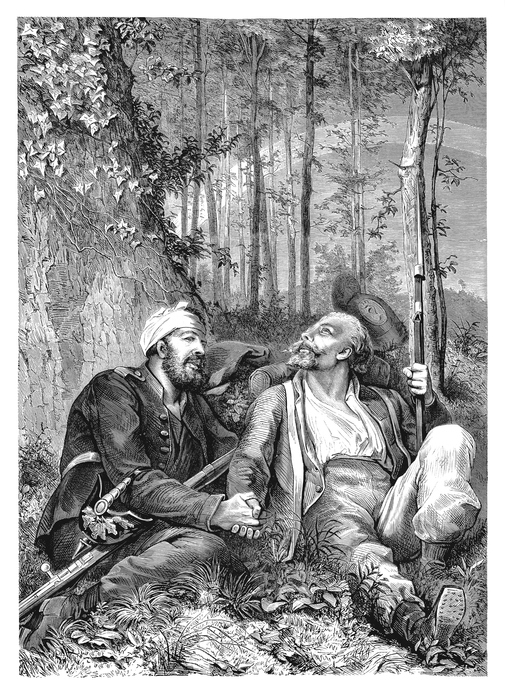 Holmes created and bottled a fluid that could be used for embalming.  The chemicals used during the Civil War were a mixture of arsenic, zinc and mercuric chlorides, creosote, turpentine and alcohol. (Formaldehyde, which soon became the primary ingredient, was not yet in use.)

Holmes sold it to other physicians for $3 per gallon.

“At first, the embalming physicians approached soldiers directly before they went into battle,” says James W. Lowry, a Charleston, West Virginia-based embalmer with the Charleston Mortuary Service. (Lowry participates in Civil War reenactments as an embalming physician and is also a frequent speaker on Civil War embalming.) “The physician provided soldiers with a card that stated that they had arranged for payment for embalming and transportation if they died.

“It soon became clear that this sales method was bad for morale, so the military put a stop to it,” adds Lowry.

Traveled with the Troops

“As the war continued, embalming physicians followed the action. They would take over a barn or shed near the battlefield or set up a tent and embalm bodies there,” continues Dr. Lowry. “Embalming physicians instructed soldiers to bring the bodies of officers only. Their families were more likely to be able to pay for embalming and for getting the body home.”

Once a soldier was identified, the physician worked out payment with the grieving family. Some physicians were unscrupulous and charged extraordinary fees or threatened to hold the body “hostage” if the family didn’t pay.

On December 26, 1862, The New York Times ran a letter to the editor, written by H.W. Rivers, a surgeon and medical director of the Ninth Army Corps, Dr. Rivers pointed out that embalming was likely beyond the means of people of modest means. For that reason, he provided advice on a do-it-yourself method of body preservation. 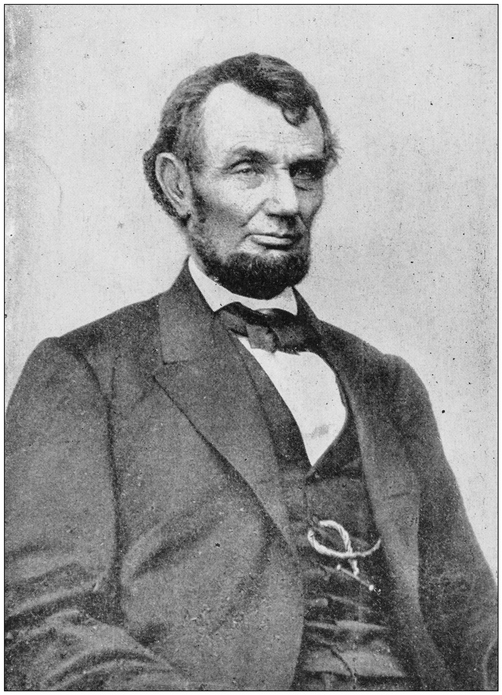 When President Lincoln died from a gunshot wound on April 15, 1865, Mary Lincoln knew of the treatment received by Colonel Ellsworth. She requested that Lincoln be embalmed.

The procession finally pulled into Springfield on the morning of Wednesday, May 3, 1865. The body was still well-preserved. (Among those who greeted the funeral train was the Lincoln family dog, Fido.)

Though the practice of embalming established itself during the Civil War, the numbers of people who were embalmed was relatively small.  Bodies were often difficult to identify. Then getting in touch with the family could be problematic.

The carnage of many of the battles was often so vast that there was no hope of getting the majority of the men home. Communities near battlefields had little choice but to go out to help cover the dead or put them in mass graves. See Elizabeth Thorn: Burying the Dead at Gettysburg.)

Ultimately, only about 40,000 of the approximately 650,000 soldiers who died during the Civil War were embalmed.

With the end of the Civil War, the practice of embalming died out for a time. As life returned to normal, people were likely to die near home and could be buried more quickly.

Embalming surgeons became a thing of the past until about the 1890s. At this point, undertakers began to perform these duties.

Companies hired salesmen to market embalming fluid throughout the country. Soon, they not only demonstrated the method to use for embalming, but they also sold courses through which undertakers could earn a certificate of training.  (State licensing became necessary in the 1930s.)

Interview (2012) with James W. Lowery, an embalming surgeon at Charleston Mortuary Service in West Virginia. He also does reenactments and speaks on the topic.

The National Museum of Civil War Medicine was a great resource and provided some of the photographs.

“Embalming the Dead: A Process Practicable to All,” The New York Times, December 26, 1862—provided a method that people could use at home.