The tradition of carving faces into vegetables or fruits dates to the Celts.

Many centuries ago as the summer harvest came to an end, the Celtic people prepared for the dark of winter by building big bonfires in their fields.  (Celts were people who predominantly lived in territories in western Europe—Brittany, Cornwall, Wales, Scotland, Ireland, and the Isle of Man).

They believed evil spirits lurked in the shadows around the bonfires, so they wanted light to guide their paths to and from the bonfires. The Celts carved faces on large turnips and then hollowed out the inside of the vegetable so a candle could sit within it. The light shining out through the carved faces scared away evil spirits. It also showed the way to their homes for the good spirits and for travelers.

These carved vegetables were eventually called Jack O’Lanterns by the Irish who told a legend about a farmer named Jack who made a bargain with the devil that left him wandering the earth for all time.

Pumpkins in the New World 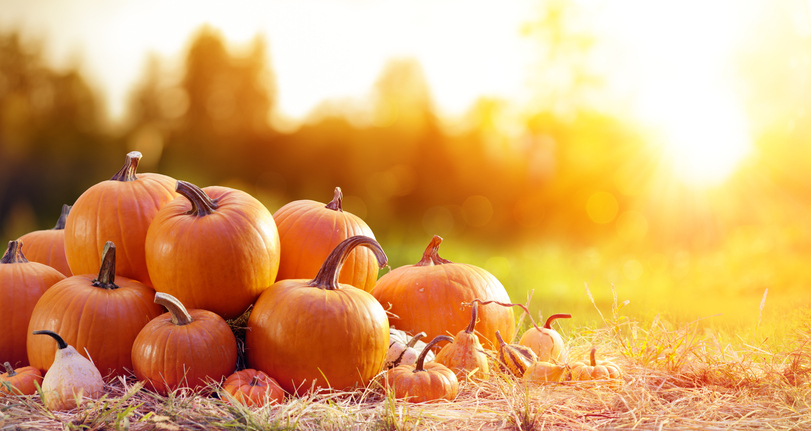 When the immigrants arrived in America and found a bountiful supply of pumpkins, they soon adopted the pumpkin as the best fruit (and it is a fruit!) for carving Jack O’Lanterns.

Pumpkins belong to the gourd family, which includes cucumbers, honeydew melons, cantaloupe, watermelons, and zucchini.  They are indigenous to the western hemisphere.

To read the story about the tradition of Trick or Treating, click here.

To read about another iconic item for Halloween, click here: Candy Corn: The Story.

11 thoughts on “Why Carved Pumpkins are a Symbol of Halloween”