Detroit is an American city that deserves far more respect than it gets. In 2013 the city had to declare bankruptcy.  Kevyn Orr, a bankruptcy expert and partner in the Jones Day law firm, became a temporary emergency manager for the city and accomplished the “Olympics of restructuring.”

Detroit, of course, was the first car capital of the world. When the car manufacturing business began to expand, the population grew. Detroit in 1900 had only 285,000 people; by 1950, it grew to 1.8 million.

With the tremendous growth of the city and the increase in income level, the residents wanted their city filled with beautiful things, so the culture of the town blossomed, with beautiful parks, art, and architecture. Of course, Detroit also presented the music world with a gift — the Motown sound of rhythm and blues.

The Perfect Book for the Time

Detroit author Paul Vachon has written the perfect book for encapsulating Detroit’s story for Arcadia Publishing’s new series, “Legendary Locals.”  It celebrates the past while still acknowledging some of the issues. 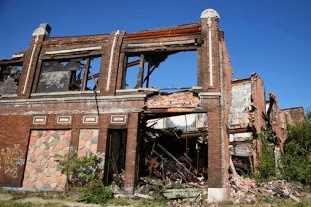 With chapters broken into subjects ranging from commerce to arts to public service, readers are able to hopscotch along, reading about the people who gave their hearts and souls to Detroit. Most of the people selected are those who made Detroit great, like politician Hazen Pingree (1840-1901) who successfully fought to rid the city of corruption and helped prepare it for the 20th century; George Romney (1907-1995) who was chairman of the American Motors Corporation during the 1950s before running for public offices and among other things, being an early supporter of the civil rights movement; J.L. Hudson (1846-1912), who built a retail empire that was an important hub in the Midwest; or Helen Milliken (1923-2012), wife of Governor William Milliken, who dedicated herself to environmental causes and women’s causes, fighting for passage of the Equal Rights Amendment and lobbying for equal pay and pro-choice legislation.

However, Vachon is honest in his selection. We also meet some of the people Detroit might like to forget, including Orville Hubbard (1903-1982) who, as mayor of nearby Dearborn, worked hard to keep the community fully segregated, or Ford’s “Thug in Chief,” Harry Bennett (1892-1979) who had a security force that did all they could to keep unions at bay.

During the Great Migration many African-Americans moved from the south to cities like Detroit to take jobs, and in response, the Ku Klux Klan and the Black Legion became powerful forces in Detroit, and they, too, are featured. The Detroit Mob also figures into the city’s past.

In a book like this, one can’t help but choose favorites, and mine range from an early pioneer right through to more recent times. I would love to have met Ed Davis (1911-1999), an African- 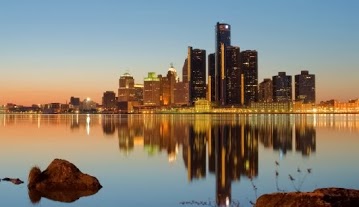 American businessman who moved north from Louisiana for education and a job. He was the first black to become a sales rep at a car dealership, thought they wouldn’t permit him to work from the sales floor. He had a little office on the second floor but he adeptly figured out how to make sales from there. He went on to run a used car dealership, and was offered a new car franchise by Packard. When that folded, he became the first African-American to be granted a Big Three Franchise and in 1963 he opened Davis Chrysler Motors.

I’d also like to meet Dan Gilbert (1962- ), whom Vachon credits with a “can-do approach to Detroit’s future.” Gilbert, the majority owner of the Cleveland Cavaliers and some other sports teams, has been moving his mortgage business, Quicken Loans, into the central business district and helping to convert and/or renovate downtown Detroit. He is a somewhat controversial figure, but I would expect Detroit is better off with him than without him.

Legendary Locals of Detroit is published by Arcadia Publishing and is available from local booksellers, online, or directly from the publisher.