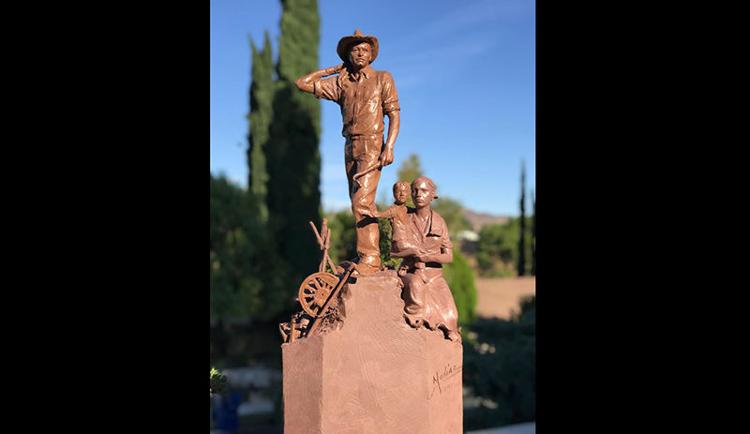 The Bracero Program was a guest worker program begun in a partnership between the United States and Mexico on August 4, 1942. It was a vital part of the development of the agricultural industry in the United States during a time when workers were hard to find.

Unfortunately, the workers were often exploited. Wages were low and some employers provided substandard housing and not enough to eat. Despite this, some braceros were grateful for the opportunity to work in America, as their situation in Mexico was grim.

Both Countries Needed It

In Mexico, agriculture was an important industry. The rich soil and good weather led to the growth of large farms where they grew squash, beans, tomatoes, cotton, vanilla, avocados, and cacao. But as big farms began to replace family farms in the early 1900s, political agitation in Mexico grew.

By 1910 a full-scale political revolution was underway. The revolt began as a rebellion against long-time president Porfirio Diaz. Though he led the country toward industrialization, farmers and laborers were left behind. He was removed from office in 1911, but it took almost ten years for the unrest to end. The Mexican government used military power to quell citizen uprisings, and from 1910-20, some two million Mexicans died.

Even as a new government settled in with the approval of the Mexican Constitution in 1917, the Mexican government still failed to put in place a method for helping low-wage laborers or agricultural workers make a living. Many citizens began to leave Mexico for the United States with the hope of finding work.

In the United States

As all this was happening, the United States faced a new unexpected crisis. By the 1940s, President Roosevelt committed the U.S. to serve as an “arsenal of democracy” for the Allies who were being attacked by Germany. Companies geared up to increase production of defense materials for Europe. Then the attack on Pearl Harbor in 1941 led to the United States’ declaration of war.

The defense industry called for more workers, yet the pool of workers was becoming smaller as large numbers of young men enlisted.

As a result, more and more workers were needed. Jobs opened up for ethnic groups and women. The ship-building industry in California brought thousands of African Americans from the South for skilled work that would never have previously been available to them.  Women, too, were hired in the aviation and automobile industries doing jobs in factories and plants.

Feeding people throughout the U.S. and overseas was a necessity, but farm workers were taking other jobs and also enlisting. Women often stepped up to run farms and ranches for their families, and the government backed Victory Gardens in urban areas to try to reduce the production needs placed on the farms. But ultimately migrant workers were badly needed.

Particularly in the less populous sections of the Southwest, including California and the San Joaquin Valley, workers were needed on the railroad as well.

Creation of the Bracero Program

In 1942, the governments of the United States and Mexico created the Bracero Program as a result of each country’s needs.

On their side, Mexico regulated the number of workers leaving each section of the country, so that no area would be too low on farm workers. But corrupt practices began here. In some areas, Mexican government officials would only give those who paid bribes permission to enter the program.

In the United States, the program operated through a coordinated effort of the State Department, the Labor Department, and Department of the Immigration and Naturalization Services.  The U.S. Farm Bureau interfaced with the American farm associations for placing the workers.

Offices were established along the border towns—Ciudad Juarez, Chihuahua, and El Paso, Texas, to recruit and place the workers who arrived.

Brought in as “guest workers,” the braceros (meaning those who “labor with their arms”) were given contracts with expiration dates. The contracts tended to be from 1-6 months and were issued in English.  Most men were not fully aware of what it stated about their conditions of employment.

When they arrived in the United States, the men were inspected and interviewed. Most centers also fumigated the newcomers, generally using DDT, a pesticide that is now used very sparingly because of its dangers.

Not all the men sent to the U.S. from Mexico were accepted, but neither government took responsibility for helping the men return home.

While some employers ran decent operations, corrupt practices were also plentiful. Contracts were often ignored by U.S. employers. Workers were promised clean living conditions, food, and decent pay, but it often didn’t happen. Most contracts also specified that 10 percent of money due each man would be deposited in a savings account. The money would be available to them when they returned home.  There are still lawsuits pending concerning the fact that money often wasn’t paid and may not actually have been set aside.

Braceros were permitted to return home for family emergencies only with written permission of their American employer, and all contracts had an expiration date. When their date came, they were to turn in their permits and return home. Many of those who returned home then re-applied. The men found that what little they earned was more than what was available at home. They valued being able to set aside money for tools and equipment that would help their families in Mexico.

While much of the work they did involved weeding and picking everything from cucumbers and tomatoes to cotton, the farm workers of Mexico had experience and made helpful contributions to those who employed them.

Farmers in Mexico found that that if they planted corn, beans, and squash together, all three crops did better. (The beans replace the nitrogen in the soil that is depleted by growing corn.) This was an important development in agriculture progress of the day, and family farms in Mexico practiced this planting system as well.

What Happened to the Program?

By the 1960s, Mexican immigrants were arriving in the U.S. with and without permits. They were also finding less work was available for them as American farmers turned to different forms of mechanization for some of the agricultural work. Cotton was a prime example. Cotton-picking had always been an extremely labor-intensive crop to harvest, and the by 1960s, more farms were using the mechanical cotton harvester.

By 1964, the U.S. Department of Labor was ready to end the program. The braceros who were still in the United States were sent back to Mexico, but they faced difficulties in finding work there.  However, border ranches and farms in the U.S. continued to employ them—it was cheap, available labor.

Recently, there has been an effort to recognize the 4.5 million Mexican nationals who participated in the Bracero Program. In several locations, monuments have been erected to recognize the hard work done by the migrant workers.

In Los Angeles near where many of these workers were based, a statue was erected in a plaza downtown. Sculptor Dan Medina interviewed dozens of braceros as he planned out the monument. The farm tool held by the depicted bracero is an “el cortito.” This is a short-handled hoe that was the primary tool of these workers.  The only way to use this small hoe is when bending over or working on one’s hands and knees—clearly back-breaking work.

Artist Dan Medina was quoted in The Los Angeles Times after the unveiling of the monument: “The immigrant has been demonized. .. If you look at history through the scope of honesty, we wouldn’t be here without their contributions.”

While many braceros eventually returned to the United States, brought families and gained citizenship, it was not without great hardship.

Some in this country feel that the Bracero Program kept wage growth low and living conditions sub-standard because the farms could find the labor they needed without improving work conditions. 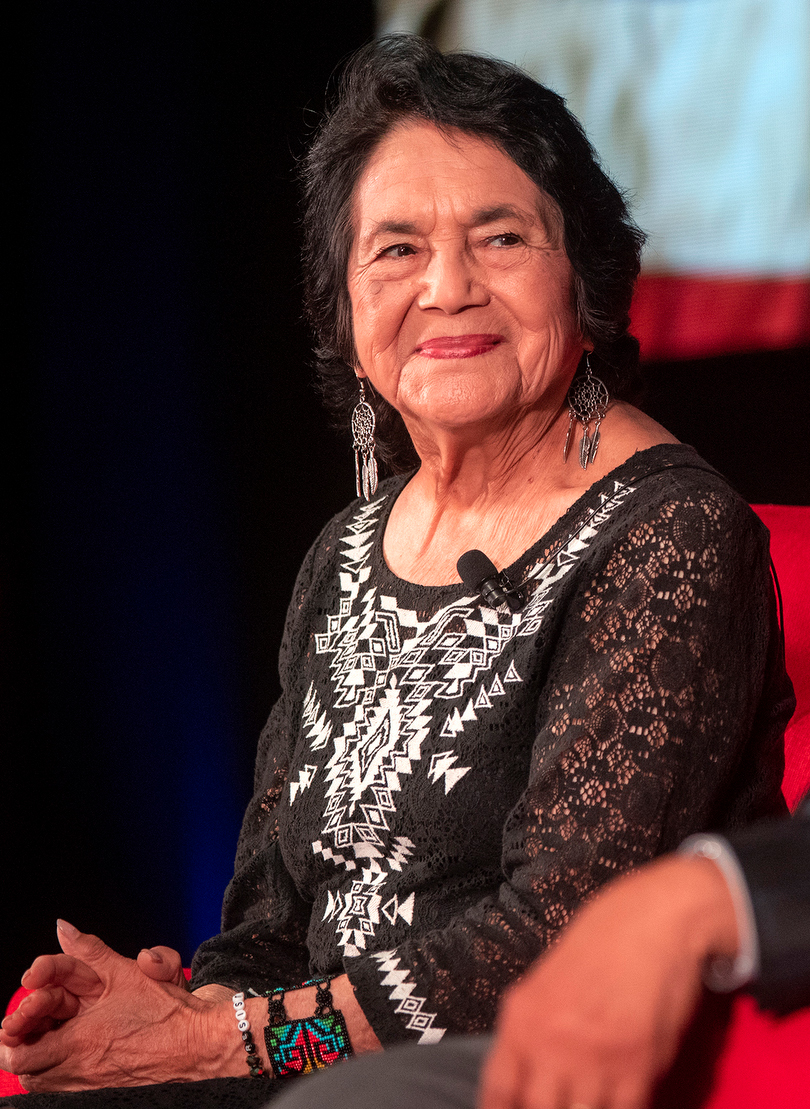 But the civil rights unrest of the early 1960s and the official close of the Bracero Program changed the balance of power. Activists began to create grassroot organizations to stand up for the workers, and over time, it made a difference.

In 1959 Dolores Heurta organized the Agricultural Workers Association (AWA).  Three years later, Cesar Chavez started the National Farm Workers Association (NFWA).  Both organizations sent representatives from farm-to-farm to meet with workers of many nationalities—Filipino, Chicanos, Anglos, and black workers.  Most of the workers they met with could not afford to lose their employment. Huerta, Chavez, and other leaders including Larry Itliong, and Gilbert Padilla convinced them that change had to happen.

By 1965, several small strikes were underway, and the movement grew. Chavez also pushed for a nationwide boycott of grapes, and the public responded. All these efforts convinced the owners that they had to address the issue.

Employers started with an offer of a wage increase– to $1.25 an hour.  But the organizations had seen small sums offered before, and they urged the workers to hold out for full unionization. By 1970, the combined organizations—now called the United Farm Workers–had 50,000 dues-paying members, the most ever represented by an agricultural union in California.

While the United Farmworkers of America made great strides, backsliding is constant. It is an ongoing challenge to protect new generations of workers. Today the Farmworker Justice organization works on behalf of these laborers, In late 2019, the House of Representatives passed the Farm Workforce Modernization Act of 2019, HR 5038.

This bill provides a path to lawful permanent residency for undocumented farm workers and their family members. Farmworker Justice representatives point out that with the fear of deportation, the workforce fluctuates constantly, and it is hard to assure farmers of the steady quality of work. If workers feel their work situation is stable, they can be trained to a higher level.  This helps assure greater food safety and security to the benefit of employers, workers, and consumers.

The bill awaits approval by the Senate.

Luisa Moreno was another who activist who worked for labor rights.