The “race of mercy” was a daring and difficult trip to deliver medicine to Nome, Alaska in 1925. High numbers of children in Nome were suffering from diphtheria. Because the town was so remote, there was no good way to transport the medicine.

The disease used to be the leading cause of death in young children. It is sometimes called the “Strangling Angel,” because it grows in wing-shaped patches. As the disease progresses, it coats the airways, making it very difficult to breathe. Today, a vaccine has eradicated diphtheria in most industrialized countries.

In 1925, however, doctors had no vaccine. An effective antitoxin serum was discovered by German physician Emil von Behring in 1913. Because the discovery was relatively new, the nearest source of the serum was in Anchorage. The only means to convey the medicine to ice-bound Nome was for mushers and dog teams to attempt the trip.

Today this race is commemorated each year in March. It is known as the Iditarod. Mushers put together their teams and race from Anchorage to Nome. It remains a challenging and difficult journey for both the mushers and their teams. 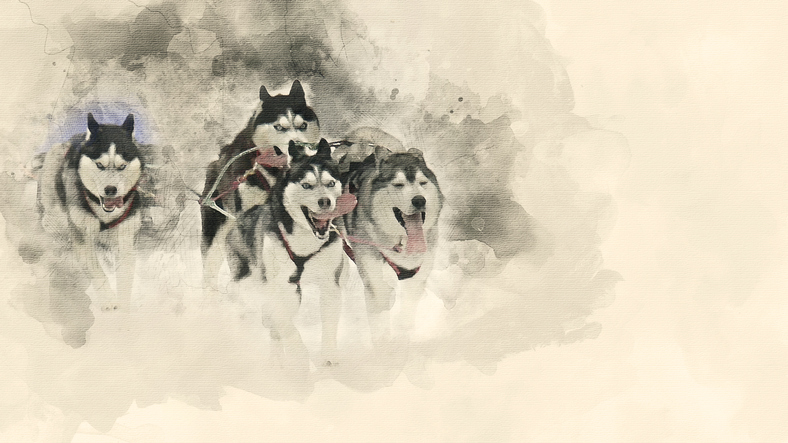 The Iditarod Trail used for this race is not the route the dog sleds traveled on their way to Nome with the serum. It follows the pathways taken by the miners and settlers who were intent upon reaching the gold fields of Alaska. These earlier trips resulted in the exploration and opening of vast areas of unexplored parts of what became our 49th state. To read the story of the dog teams that helped with this early exploration, click here.

The Story Behind the Race of Mercy

When the diphtheria outbreak occurred in Nome in 1925, the town was icebound and the only store of serum in the area was in Anchorage. Flying into the area in the height of winter was impossible. The only pilot who might have made the flight successfully was on another assignment and would not be back in time.

Community leaders between Anchorage and Nome came up with the concept of a dog-team relay. Each village would make their strongest dog team available for a leg of the trip.

When the first team started out from Anchorage, temperatures hovered around 40 degrees below zero. Winds were strong enough to challenge the dogs; some gusts blew the sleds over, tangling the harnesses connecting the dogs.

The goal was reached. In 127 hours (six days), twenty mushers covered almost 700 miles between Anchorage and Nome. The serum was successfully delivered in time to slow the epidemic.

Afterward, one dog was singled out as the hero. Balto traveled the last leg of the journey, and now has a statue in New York’s Central Park in his memory. He has been the subject of numerous children’s stories and films. 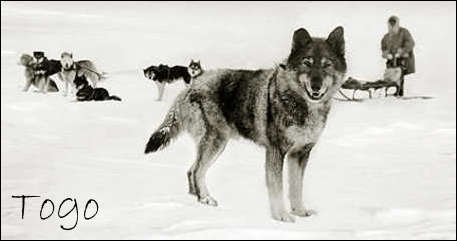 But by singling out Balto, history forgets about Togo and the bravery of the other dogs. Togo was the lead dog for Leonhard Seppala’s team. Seppala and Togo took their team through the most treacherous stretch of the trip. Because there was no location where another team could step in, Leonhard Seppala’s dogs traveled doubled the distance of any other team.

While Balto is forever commemorated, Togo and the other dogs all deserve credit for their accomplishments.  These dogs are athletes with great spirit.