President James Garfield (1831-1881) was a well-known and experienced politician when he became president in 1881. His time as president was cut short by an assassin’s bullet. The wound was not fatal, but because the medical community did yet sanitize their implements regularly, Garfield died of infection two and a half months after the injury.

James Garfield served nine terms in Congress. He and his wife Lucretia had seven children, five of whom lived to maturity. During his days in Congress, he and the family spent much of the year in a house in D.C. but spent summers at Mentor Farm in Ohio.

While only one dog is mentioned in connection with Garfield’s months as president, one would assume that the family farm was filled with many animals, including other dogs.

The Garfield family owned a black Newfoundland during the time Garfield was president.

This breed was popular in Europe and America in the 19th century. The dog that accompanied Lewis and Clark was a Newfoundland, and two other presidents had Newfoundlands in the White House. James Buchanan (1857-1861) and Rutherford B. Hayes (1877-1881). Since Hayes directly preceded Garfield, one might wonder if the dog was a gift from the Hayes family to the Garfield family.

The dog’s name, Veto, leads us to believe that the dog was acquired by the family after Garfield was elected to office. Garfield was said to have chosen the named as a reminder to Congress that he might not pass every bill they proposed. Garfield was an experienced politician and a smart, good-humored man, so this story sounds accurate.

Veto in the News

Veto made news on two different occasions during Garfield’s brief term as president. In one incident, Veto’s barking drew attention to the fact that something in the barn caught fire. Stable hands came and put the fire out.

Another time, a spirited horse at the stable became spooked and began to rear. (The horse was still in bridle and saddle so he likely belonged to a visitor.) Veto got hold of the reins with his mouth and maintained a level of control until the stable men could fully calm the horse.

Kit, a mare belonging to daughter Mollie, is the other animal associated with Garfield’s presidency. Mollie was turning 14 when her father took office. 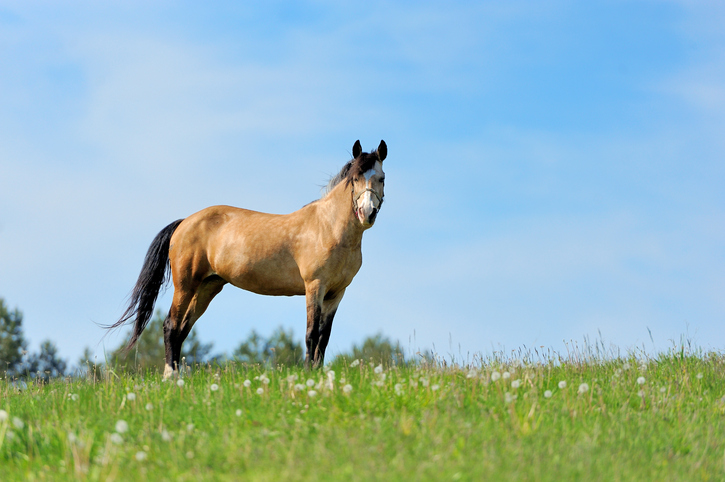 Kit was brought to D.C. with the family, but Mollie was no longer riding. In a book by Mollie’s granddaughter, Ruth S.B. Feis, Feis draws from Mollie’s diaries in Mollie Garfield in the White House and tells us that Mollie had a bad fall from Kit at Mentor Farm the previous summer. After that, she did not ride again. It is not clear whether Kit could be used for Mollie’s carriage rides in Washington or whether another family member rode the mare.

Garfield and Another Dog Story

On Inauguration Day, a reporter noticed a dog following the carriage carrying now-President Garfield. The reporter asked around about the pup and learned that the dog was befriended by Garfield while Garfield was still serving in Congress.

The story goes that when General Garfield disembarked from a street car near his house in D.C. in the spring of 1880, a stray dog followed him to his home at the corner of 13th and I Streets. Garfield loved dogs so he went inside, cut off a bite of meat, and took it out to the dog. The next day the same routine occurred. Soon the dog was headquartering at the Garfield home. Garfield named him Bob.

Garfield and the Stray Dog

That summer Garfield journeyed to Chicago to be a delegate to the Republican convention. The dog followed him to the train depot and then returned to the Garfield house. After Garfield was away for a few days, the dog began barking “joyfully.” One of the women in the house said, “Something has happened.” (This information is all per the reporting in the Reading Times.)

Soon, a telegraph messenger brought the news that Garfield received the presidential nomination. The family decided that Bob’s barking indicated that he “knew.”

Garfield returned to D.C. and heard the story. He resolved that the dog deserved a permanent home. Since his campaign was to be run from Mentor Farm, he planned to take the dog to Ohio with him. However, when it was time to depart, the dog could not be found.

Bob reappeared when the President-elect came back to D.C. just before the inauguration. Garfield and a friend rode toward the house on I Street. They were warmly greeted by Bob.

Bob next appeared on Inauguration Day. He followed the carriage all the way to the Capitol.

One assumes that Veto and Kit returned to Mentor Farm with the family after Garfield died. Bob likely stayed in Washington and found another place to get a bite to eat.

For more information on President Garfield, see The Assassination of President James Garfield.