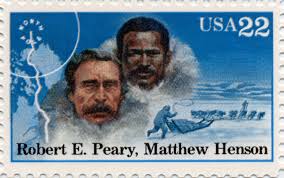 (1856-1920) to be his valet; Peary saw in the young man the potential to be an asset on future expeditions. Henson proved his worth as Peary’s most skilled and reliable member of many expeditions, including numerous attempts to reach the North Pole. By the time they successfully achieved their goal, Henson was worthy of the status of co-discoverer, but since he was African-American neither Peary nor the rest of the United States was willing to give Henson the credit he deserved. 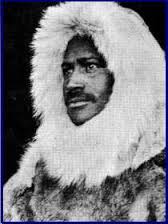 Mathew Henson was born in Charles County, Maryland in 1866 to freeborn black sharecroppers. His father took the family to Washington, D.C. in search of better job opportunities but during Henson’s childhood, both parents passed away.  The children were left in the care of relatives.

Matthew ran away at age 11, and soon found work as a cabin boy on a ship. The captain took an interest in Henson’s development and helped him improve his reading, taught him navigation skills, and familiarized Henson with all aspects of running a ship.

When Henson was 18, the captain died, and so Henson returned to Washington, D.C. and accepted a job as a sales clerk with a furrier. He became a favorite of the store owner, and one day when Robert Peary was in, outfitting himself for a future trip, the store owner suggested Peary hire Henson as his valet, knowing that Henson would bring many skills to the life that Peary lived.

In 1891 Peary put together an expedition to explore Greenland. Henson proved an immediate asset to the group. Unlike the white men, he showed interest in learning from the Eskimo culture. He learned the language and they taught him Arctic survival skills that would prove handy down the line. His woodworking gave him the ability to make many of the sledges.  He soon became an expert dog handler, which was vital to every expedition.

In Greenland, many of the party found it too difficult and began

returning to the ship to go home, but Peary and Henson did not return to the U.S. until 1893. Then a few years later they mounted another expedition to Greenland to chart the ice cap. That trip was ill-fated. It was a good-sized group and they ran out of food and supplies, so they had to resort to eating their sled dogs to survive.

On that expedition, Henson and Peary spotted meteorites they knew had value. They were too depleted in numbers of men to bring them back to the U.S. at that time, but they soon returned to get them. They sold the meteorites to the Museum of American History, which gave them funding for future trips.

After the North Pole

In the 1870s, explorers around the globe began to contemplate how to be first to the North Pole. Peary and Henson, by this time were a good team, but did not venture on their first expedition there until the late 1890s. They tried again in 1902, but that trip too went badly. Six Eskimos hired to accompany them died from starvation.

In 1906, Peary had the support of Theodore Roosevelt who gave them access to a new type of vessel, an ice-cutter. On this trip, they were able to get within 174 miles of the Pole, but they eventually were hindered in their progress and had to turn back. 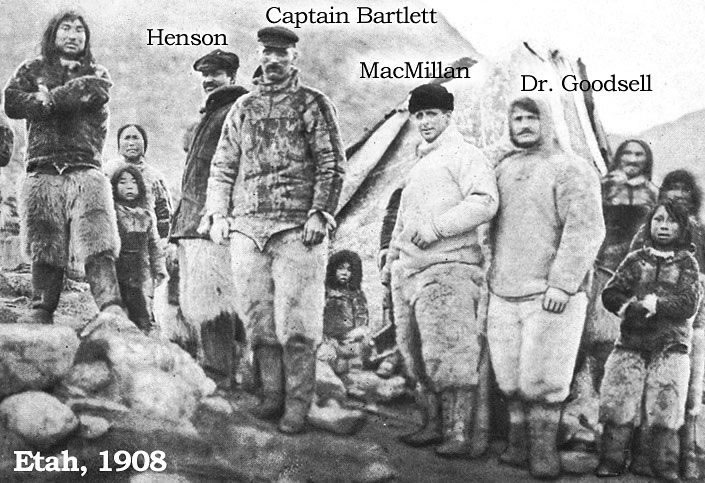 In 1908, Peary was 52 and Henson was 42, and that was old for undertaking arctic explorations with brutal temperatures and unexpected weather conditions. They knew the 1908 trip would be their last trip. If it didn’t work, they would fail.

They started the trip with 24 men, 19 sledges, and 133 dogs, but as time wore on more and more of the group began returning to the ship. In early 1909 Peary, Henson, 4 Eskimos and 40 dogs started what they calculated should be the last leg of their trip to the North Pole. Peary remarked, “Henson must go all the way. I can’t make it there without him.”

Peary had frostbite and was traveling in one of the sledges. Henson had always taken the lead dogs and been in charge of cutting the way. Henson initially overshot the mark, but as it happened, Henson had actually crossed over what they determined was the North Pole. When they met up at the spot their calculations showed should be the North Pole, Henson’s footprints were found.

They took photos and measurements to prove there achievement, and bedded down for the night. Traditionally, either Henson or Peary would rap on the ice outside the tent of the other when they were ready to leave the next morning. That morning following the discovery, Peary got up and departed alone.

Relations were cold between the two men for the remainder of the trip.

Returning to the U.S.

When they returned to the United States, the news did not get 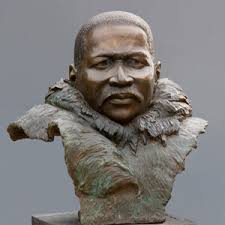 better. They arrived to be told that Frederick Cook, an explorer who had been on one of the Greenland missions with them, had supposedly reached the North Pole a year ahead of them—1908. (While exploring the arctic, no news ever traveled to the groups.) Peary was devastated. Cook had already begun making speeches and accepting awards, and the general feeling was that Peary had missed out.

Then Peary got angry. He began talking to those who had supposedly accompanied Cook on the trip. Peary began to find holes in the stories, and convinced the National Geographic Society to undertake an investigation. Eventually, Cook’s claim was exposed as a hoax.

Peary went on to receive accolades, but certainly some of the luster had been removed from the accomplishment by Cook’s earlier pronouncement. Henson, for the most part was forgotten, thought in 1909 the Colored Citizens of New York honored him at a dinner and presented him with a gold pocket watch.

Though Henson settled in New York and worked as a clerk in a federal customs office, he continued to contribute to American knowledge of exploration by writing A Negro Explorer at the North Pole (published in 1912 and available online today at no charge through Project Gutenberg.). Peary wrote a praiseworthy foreward for it. From the book, we learn a great deal about the expedition, the Inuit people, and about both Peary and Henson—a remarkable add-on to an extraordinary career.

Then slowly, attitudes began to change. In 1937 the prestigious Explorers Club invited Henson to become a member, and in 1948 Henson was selected for an honorary membership, a designation given to no more than 20 living members at a time.

In 1945 Henson and other aides on the expedition were given U.S. Navy Medals, and just before his death in 1955, he was given an honorary doctoral degree from Howard University and Morgan State University.

When Robert Peary died in 1920 he was given a burial befitting a hero and buried at Arlington National Cemetery.

When Henson died in 1955 he received a family burial at Woodlawn Cemetery in New York. 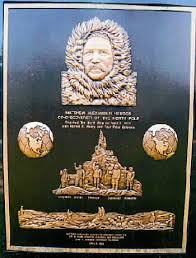 But in the 1980s, a Harvard professor who had been studying the expedition began fighting to right the wrongs that had been done to Henson. After some serious campaigning, Professor Allen Counter got Ronald Reagan to grant his petition to move Henson’s remains to Arlington to be buried near Peary. Reagan signed, and Henson and his wife Lucy were reintered in Arlington with a monument that notes his accomplishments.

Though Henson and Lucy never had children, Henson fathered a child with an Inuit woman, and that son and his children were present for the re-burial.

On Henson’s tomb is a quote from his autobiography:
“The lure of the Arctic is tugging at my heart. To me the trail is calling. The old trail. The trail that is always new.”

Since that time, a survey ship has been named in his honor, and the National Geographic Society awarded the Hubbard Medal to Henson posthumously. There have also been streets and schools and centers named for him.

2 thoughts on “Matthew Henson, Co-Discoverer of the North Pole”