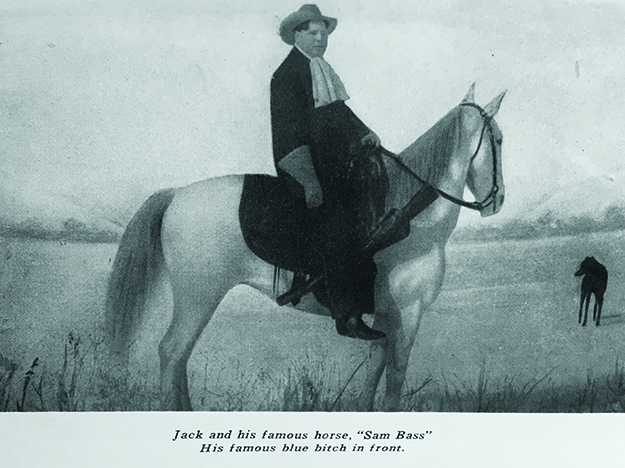 Jack Abernathy was a rough-and-tumble Texas cowboy who feared nothing. He achieved fame for devising a method to capture live wolves bare-handed. He then sold them to zoos and entertainment companies around the country.

His unique skill brought him to the attention of President Teddy Roosevelt who loved the West and admired the men who made it their own. The president requested that his staff work out a way for him to join Abernathy for a wolf hunt. This was an experience he didn’t want to miss.

John Reeves Abernathy (1876-1941) was born in Bosque County, Texas. Within a few years, his father moved the family to Nolan County, Texas (slightly southwest of Fort Worth), so the senior Abernathy could go into the cattle business.

By the age of 15, Jack “invented” his method for capturing a wolf alive. Jack was riding with a couple of his greyhounds whom he used for hunting. One of the wolves they were pursuing turned to slash at the dog that was gaining on him. Jack was riding close behind. That particularly dog was a favorite of Jack’s. Without thinking, he leapt from his horse and landed close enough to the wolf to thrust a fist toward the wolf and soundly landed his punch directly in the wolf’s snarling mouth. Somewhat to Jack’s amazement, his fist kept the wolf’s jaws from closing and caused the struggling animal to submit.

When a hunting companion caught up with Jack, he freed Jack’s hand, and they bound the wolf’s muzzle with wire. The wolf’s legs were tied, and he was packed on to the back of Jack’s horse. When they arrived back at the ranch, they weighed the wolf–130 pounds to Jack’s 127. 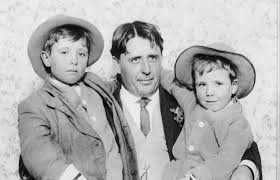 While catching wolves was to become Jack’s claim to fame, his work experience began much earlier. He and his brother were quite musical even without lessons, and when Jack was only 6, the two of them found work at a saloon in Sweetwater, Texas. They were quite well paid for their time and would have continued to work but for an unfortunate incident.

A gun fight broke out at the saloon one day, and this drew a lot of attention to the drinking establishment. In the process, the gossip around town included the fact that the young musicians were there. Word got back to Mrs. Abernathy who took issue with her sons working at such a place. She sent their father to bring them home from the saloon for good.

But Jack had other options. At age 9, he hired out as a cowboy with the well-regarded AKX Ranch.  He was talented, energetic, and reliable. In 1887 (age 11), Jack was chosen to be among the cowboys to drive a large head of cattle north to market–from Bitter Creek to Englewood, a distance of 500 miles.

Range cowboys were responsible for purchasing their own supplies. Jack had his own horse with saddle and bridle. He added a lariat, a branding-iron, and a six-shooter. The men carried .45s but that gun was too heavy for Jack who was not yet fully grown. Instead, he carried a .38.

Following that assignment, Jack attracted the attention of the J.A. Ranch’s co-owner, Charles Goodnight. Goodnight hired Jack to be lead bronc buster on his ranch. The daily schedule involved Jack riding two never-before-ridden horses in the morning, and two more after a midday break. Other cowboys would take on the second ride of the newly ridden horses. For all of them, it was hard and dangerous work. 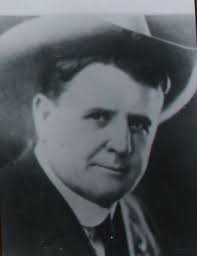 As Jack moved into adulthood, his life changed. He married, and in the early 1890s, he and his wife decided to homestead in Oklahoma. In contemplating ways to support the family, he realized his most lucrative skill was wolf-catching. Zoos, parks, traveling shows and firms that needed breeding stock paid well for live animals. In 1892, Jack was paid $50 per live wolf he delivered. He also caught coyotes, but they were worth only a one-tenth the value of a wolf.

Life in Oklahoma was working out well. He and his wife became parents (eventually to six children), and Jack was admired for his hunting ability. The press called him, “Catch-‘em-alive-Jack.”

Teddy Roosevelt was minority leader in the New York legislature in 1884 when two tragedies befell him. On February 14, 1884, both his wife and his mother (who was living with them) died on the same day. Teddy and his wife had an infant daughter, but Roosevelt was beside himself and needed to get away to recover from the tragedy.

He left the baby with an aunt and he moved west to Dakota Territory where he lived the life of a rancher and cowboy for two years. He loved the West and loved the life but eventually he could not resist the call of civilization and politics. In 1886, he moved back to New York City. He refused to give up what he loved and frequently vacated the east coast in order to hunt.

When he returned to New York, he had several political jobs before he became vice president under William McKinley. When McKinley was shot in 1901, Roosevelt was stunned to find himself president.

It was during his presidency that Teddy Roosevelt heard of “Catch-em-alive-Jack” Abernathy. He badly wanted to see this man in action and asked his staff to contact Abernathy about arranging for the president to accompany him on a hunt.

A sitting president visiting Oklahoma Territory was destined to create a commotion. Like most presidents, Roosevelt wanted a bit of rest and recreation. His staff asked that the trip to Frederick be kept out of the press for as long as possible. They promised that a week or two before the president’s arrival, the town could capitalize on the visit, and Roosevelt would make an appearance at the local grandstand.

As news of the president’s visit became known, the hotels for miles around became crowded.  The local law enforcement people knew extra security would be needed. The sheriff added an additional twenty deputies. Another ten mounted police were sworn in. 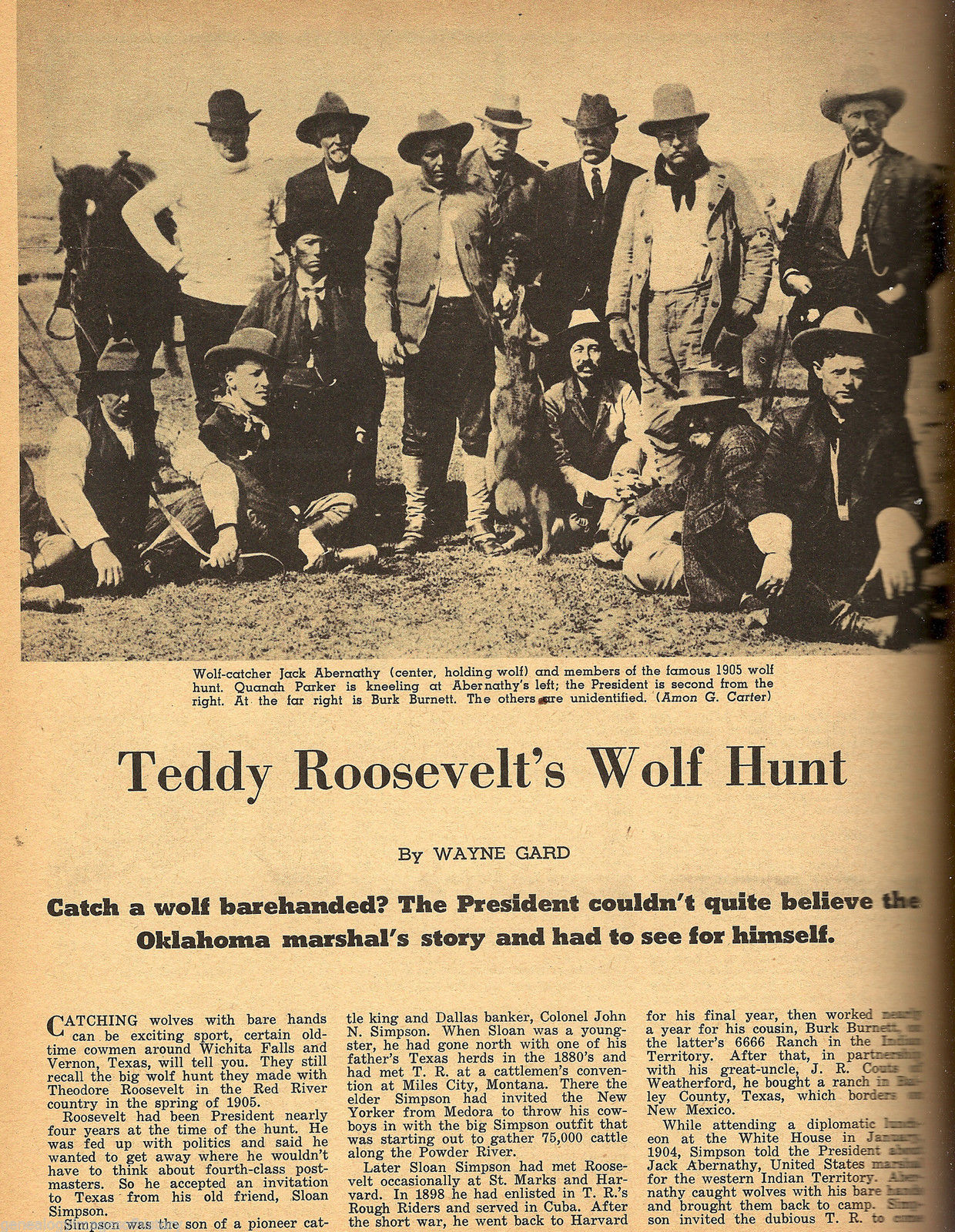 On April 8, 1905, the president’s train with five elegantly-appointed coaches pulled into Frederick, Oklahoma. The president emerged from the car in a business suit and joined a procession in to town.  He had requested that Civil War soldiers from the North and the South march side by side with him to the grandstand.

In the president’s remarks, he noted that he hoped the next time he came to Oklahoma that it would be a state, not a territory.  He greeted the veterans of the Civil War “who come here today to greet the president because we are one people and one country, not to be divided forever.”

He also called out to Native American Quanah Parker, who was one of only six Native Americans to be included in Roosevelt’s inaugural parade. (Parker also accompanied Roosevelt and Abernathy on the wolf hunt.)

He then went on to discuss the reason for the trip. “I had a middling busy three-and-a-half years. I have liked my job. I enjoyed it and was thankful to the people for telling me to go on with it. Now I want four days’ of play. I hear you have plenty of jack rabbits and coyotes here. I like my citizens, but I don’t like them on a coyote hunt. Give me a fair deal to have just as much fun as even a President is entitled to.”

With that he left with his local host rancher Samuel Burk Burnett, who took him to meet up with Abernathy and the others accompanying him for the four-day adventure.

On the hunt, the president enjoyed himself immeasurably. Roosevelt proved to be a superior horseman and held his seat while going at breakneck speeds over ravine and hill. To his great excitement, Roosevelt saw Abernathy catch his first live wolf that very afternoon. 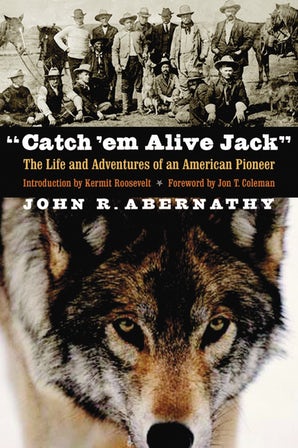 Abernathy was on his favorite horse, Sam Bass, a mount he knew to be fast and sure-footed in a chase. As the group pursued a wolf pack, one of the hunting dogs nipped at the wolf closest to him, causing the wolf to turn to attack the dog. Abernathy was off Sam Bass in an instant and successfully brought down the wolf with a fist in the mouth.

As Abernathy knelt with his hand still in the wolf’s mouth, President Roosevelt leaped from his horse and ran to him: “I would like to shake hands with you,” shouted the president when he came near enough to where Abernathy was crouching over the wolf.

“I do wish you could get that right hand free,” said Roosevelt, making it sound like a totally voluntary choice Abernathy had made.

Abernathy wrote: “I shoved my left thumb into the wolf’s mouth, prying the jaws apart. Then I grabbed the jaw with my left hand, freeing my right. I then reached up with my right, shaking hands with the President.”

(Later, Teddy Roosevelt documented the hunt in one of his books: Outdoor Pastimes of an American Hunter.)

The group continued to enjoy several more days of hunting and wolf-catching. Toward the end of the trip, the president requested meeting Mrs. Abernathy and Jack’s children. The family was brought from their ranch to the camp, and they were able to visit with the president for about a half hour.

Though that visit was brief, the conversation amongst the children and the president laid the groundwork for a long-term relationship. Click here to read about Teddy Roosevelt’s continuing relationship with two of the Abernathy boys.

As he left Frederick, Roosevelt addressed the crowd from the back of the train. He offered sincere thanks to the public for respecting his privacy:

“You never had a guest who enjoyed himself better than myself, and I will come to Oklahoma again. I especially thank your citizen John Abernathy, for his hunting ability and the party who entertained me…. As remarkable an exhibition of pluck and skill as I have ever seen has been shown by your townsmen carrying a wolf five miles in his gloved hands, but he beat it today by getting a wolf which he tied to the back of his saddle, and then after a seven-mile chase, getting another which he brought to camp alive.

“I will come to Oklahoma again when I hope you will be a state with your senators and congressmen. Good night, Good luck and many thanks.”

Some time after his return to Washington, Roosevelt appointed Jack Abernathy to serve as federal marshal of Oklahoma Territory. This meant a family move to Guthrie, Oklahoma, the seat of the territory government.

Abernathy received regular invitations to Washington and the White House. While Jack was already well-connected to men in the West, these invitations brought him in contact with the well-known men of the East: Mark Twain, Andrew Carnegie, Thomas Edison, and John Jacob Astor, the writer O.Henry, Jack London, William Cody, Bat Masterson, and Frank James.

Abernathy’s wife died in 1907, leaving him to raise six children. To read the story of Abernathy and parenting, click here.

As U.S. marshal Jack captured hundreds of outlaws and ended up seeing close to 800 of them go to prison.

Long after Roosevelt left the presidency, Abernathy still served as a U.S. marshal but became enmeshed in a dispute with the government. He traveled to D.C. to defend himself but when forced to wait, he wrote a letter of resignation and walked out.

For a short time, he became a Secret Service agent, primarily working in New York City trying to close down opium dens. In 1919, he returned to Texas and became a wildcat oil driller. As is typical in the business, he both made and lost fortunes.

Eventually he settled in Long Beach, California. He died of natural causes in 1941 at the age of 65.