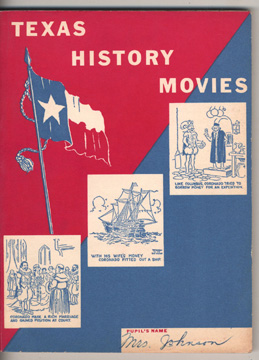 Forty or fifty years ago, parents either tolerated their children reading comic books or outright discouraged it because they “took up time that could be used reading real literature.”

In the mid-1950s, so great was the public concern about the dangers of comics (and some comics did contain violence and crime), that the industry created a Comic Code Authority to self-police content.

But children — and some adults — knew all along that comic books had value. In Comic Book Literacy, a documentary film produced by Todd Kent, the value of comics through the ages is reported on many levels.

The documentary is being screened at various locations throughout the country, with the next screening scheduled for this weekend’s seventh annual Staple! Independent Media Expo on March 5 & 6, 2011 in Austin, Texas. This event was begun by Chris Nicholas, often referred to as “Uncle Staple,” to support independent comic creators in the Southwest and provide them with an opportunity to get together and exhibit their work for interested fans.

Learning to Read Using Comics
Among the highlights of this year’s two-day event will be the screening of Todd Kent’s documentary, which was sent to me to preview. I was struck by many fascinating points made by the film. To begin with, numerous people in the industry, including Pulitzer Prize-winning cartoonist Art Spiegelman and Marvel’s editor-in-chief, Joe Quesada, are interviewed about what drew them to comics, and invariably, they remember comic books as the way they learned to read. Several excellent points are made:

• Things happen in comic books, and that’s exciting for a young reader. Art Spiegelman speaks of the Dick and Jane books as pretty dull “training wheels” on the way to literacy. “If you’re reading a comic, you’re trying to figure out an exciting story, and that drives a desire to read.”

• The vocabulary in comics is more advanced than “early reader” books because readers can get the meaning from the context of the picture. Several of the illustrators interviewed talked about going to the dictionary to look up new words.

• Comics teach “visual decoding,” something that is more important today than ever, with visual messages bombarding us from television and computer screens and from billboards and signage. One of the educators interviewed notes that in a comic, the readers see and observe body language that goes with the word balloon. Today we know the importance of being able to interpret all types of indicators, so if children learn to pick up on visual messages, that’s all to the good.

• Long before there were “graphic novels,” there were comics known as “Classics Illustrated,” and again, those interviewed talked about how reading the comic about a classic book led to reading the book itself.

• Many myths are also told in comic book form, providing young people with the background for plot lines we now know have been used for great literature through the centuries.

• “Four-color crack” is the way one young girl interviewed for the documentary describes comic books. Certainly an advantage of comics is the fact that publishers get behind a popular character and publish a series of titles about that character. Most educators would be thrilled with anything that got kids “hooked” on reading.

Early Texans Knew the Value of Comics
In 1926 E.B. Moran, whose title was Director of News and Telegraph for the Dallas News and the Dallas Journal (predecessor of today’s Dallas Morning News), came up with the concept of telling the history of Texas via a comic strip that ran in the newspaper. The strip was titled Texas History Movies and after beginning in the fall of 1926, they suspended publication of the strip the following June at the request of teachers who didn’t want the students to miss installments that ran during the summer. (The strip picked up again the following year.)

This little-known history was later uncovered by Weldon Adams who found a bound copy of the strips and began investigating the history. It turns out that the comic was so popular that Magnolia Petroleum (which became Mobil Oil, now part of ExxonMobil) paid for the strips to be collected into a book format and distributed them to schools. The book remained in print until the mid-1950s. Adams, who is at work on a book about the strips, notes that the books would not be considered politically correct today.

“When Your Life Depends on It, You Can Depend on Comics”
That great quote comes from Scott McCloud, the writer/artist of Understanding Comics. As McCloud notes, comics have long been used for communicating emergency information, and one need only pull out the instruction card in the back of an airplane seat to have this verified. When the chips are down, pictures provide a more effective way than words to convey needed information, and they can be understood by a person speaking any language.

The military figured this out many years ago, and young illustrators such as Will Eisner, who found himself in the military during World War II, was put to work writing and illustrating very clear instruction manuals on all sorts of military equipment. Eisner went on to be a very successful cartoonist and came to be known as the “father of graphic novels.”

Social Commentary
The Denys Wortman exhibit still at the Museum of the City of New York (until March 20) tells another important story about the use of comic-style illustrations: Particularly when Wortman was just beginning to work in the mid-1920s, newspapers did not cover much news of the lower classes. Without Wortman and other illustrators like him, there would have been no telling of the stories of tenement life and that of others who were struggling to make a living in New York. Those stories were noteworthy then, and they are vital now for us to understand the past.

A Diversion for the Military
Comic Book Literacy also tells stories of comic book collectors who are giving back. Kent tells of organizations like Heroes4Heroes that collect comic books to send to the military. While today’s military has access to computers and the Internet some of the time, there are still times when they are stuck in today’s equivalent of a “foxhole,” and comics are a light-to-carry perfectly pleasurable diversion for those hours that can drag by. One illustrator notes that comics are a perfect way to fill “hours of boredom followed by moments of sheer terror.”

But Where are the Women?
This is Women’s History Month, and while I have on order a book entitled A Century of Women Cartoonists and another about the first African American woman cartoonist, Jackie Ormes, my early research into this subject still makes it look like a boy’s club.

I see that in Austin there will be some female cartoonists, and I’ll report back on what I learn from the books, but if you’re a female cartoonist… or want me to take note of a female cartoonist whom you loved, or want to comment on why girls haven’t gravitated to comics in the same way boys have, send me an e-mail: [email protected]