In her book, Hidden Legacy of WWII: A Daughter’s Journey of Discovery, author Carol Schultz Vento makes the compelling point that most books about World War II veterans have left an 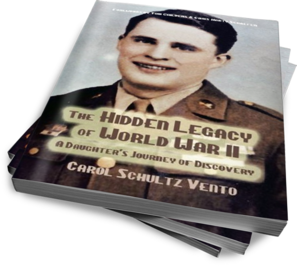 important part of the story untold–that of combat stress. Little is said about the soldiers for whom it wasn’t a “good war.” Many came home with the same psychological demons we hear about with returning soldiers today.

As a child, Vento knew little about what happened to her father during the war, but she soon began to live through the issues that her father seemed to have brought home with him.

Paratrooper Hero
Arthur “Dutch” Schultz (1923-2005), who served as a paratrooper in some of the fiercest battles in the European Theater during World War II, fought heroically for his country.

A good 10 years after the war, Dutch Schultz’s experiences and heroism became well-known when author Cornelius Ryan sought him out to hear his story of serving as a paratrooper in the 82nd Airborne, fighting through D-day and many other battles on his way to the Battle of the Bulge. Ryan’s book, The Longest Day (1959), also was made into a movie, and soon Dutch Schultz was sought after as a source for other authors including Stephen Ambrose and numerous filmmakers.

But as Vento already knew, this was just part of the story. For his family, Dutch’s return to civilian life was far from heroic. He came back, married his wartime sweetheart, and he quickly became miserable living in her hometown of Philadelphia. The two of them moved to his dream state, California, where he had always envisioned leading the perfect life. However, alcoholism, marital fighting, separation, and eventually divorce followed. 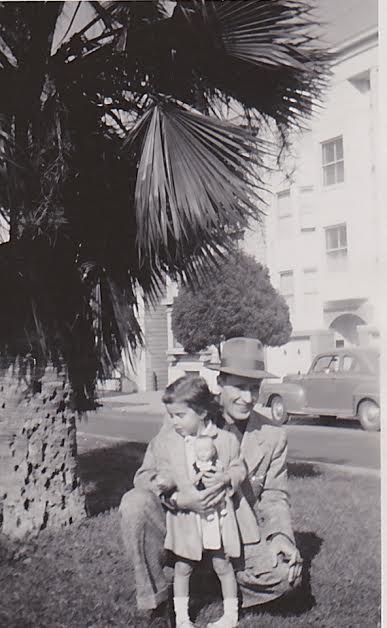 Maintained Connection
Despite her parents’ divorce, her father’s subsequent two marriages and his continued drinking, Carol fought for a relationship with her father and managed to stay in touch. In her adult years, however, a disagreement over something Vento considered small erupted between the two. Vento was rattled by the fact that her father was so upset and went to California to try to patch things up.

During this visit, Vento began to understand that even her father knew that the heroic stories that were told about him were partial truths. During that visit, he urged her to tell the story, emphasizing: “Tell your story.”

That’s when Carol Schultz Vento began exploring what it meant to be a child of one of the men identified as belonging to the greatest generation.

Post-Traumatic Stress Disorder
Despite the astounding death tolls and the carnage that we later learned occurred in both the Pacific and European Theaters, post-traumatic stress disorder was not classified as an official health problem until 1980 when the Department of Veterans Affairs began seeing so many returning Vietnam War soldiers suffering from psychological problems that they needed a classification. At that point, the disorder became official with its entry into the Diagnostic and Statistical Manual of Mental Disorders (DSM).

Combat stress, Vento notes, is also lacking in the accounts of World War II written by esteemed journalists and authors such as Tom Brokaw (The Greatest Generation, 1998) and Stephen Ambrose (D-Day, June 6, 1944: The Climactic Battle of World War II, 1994 and Citizen Soldiers: The U.S. Army from the Normandy Beaches to the Bulge to the Surrender of Germany, June 7, 1944 – May 7, 1945, 1995) 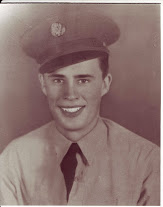 Yet here is how Vento’s seventh chapter of her book begins:
The veteran had psychoneurosis, chronic anxiety reaction, extreme tenseness and self pity with low tolerance for frustration, inability to digest wartime experiences, recurrent depressive episodes with secondary alcoholism, marginal social and poor economic and occupational adjustment. Marked impairment.

The above evaluation is dated 1946, and it is from the Veteran Affairs file of Arthur “Dutch” Schultz.

More Research
As an attorney and former college professor, Carol Vento knew what to do to tell her story. While the link that holds the book together is her personal experience with her war hero father and how the war affected him as well his family, she knew to search out other sources.

She drew upon transcripts of those who had interviewed her father about his war experiences, read about the health status of soldiers returning from World War II, and talked to other grown children of these veterans. She researched the war and looked into the methods used by VA hospitals when they noted that soldiers were having psychological problems. (The thinking at the time was that electro-shock therapy and lobotomies could bring an end to the recurring nightmares and psychological traumas. While Kurt Vonnegut’s book, One Flew Over the Cuckoo’s Nest, is fiction, Vento found that the book isn’t far from the truth.)

Why Isn’t the Truth Better Known?
Vento is the first to tell readers that her book is not the first to point out the psychological damage that has occurred to World War II veterans, but no one has yet been able to overcome the storybook version that has been told about these men and women.

Part of the problem, certainly, begins with the fact that the government maintained tight control on the war news of that era. Letters and reports were censored; and reporters were told what they could say about certain incidents. Vento’s research revealed that the first photograph of an injured American soldier on a European battlefield did not appear in the American press until 1945 (Life magazine). According to Vento, those who had been at concentration camps to liberate prisoners were told by the U.S. government not to discuss it once home– that it would be too upsetting to those who hadn’t experienced war. No one thought about how it would affect the soldiers.

In addition, for some soldiers, it was kind of a “good war.” Only about 25 percent of the men in the military actually saw combat. Three-quarters of those who served were in support roles; some were even based in the U.S. For those men who had not been placed in danger and did not have to confront daily the fact that they had to kill or be killed, life could proceed more normally.

They came back home to a G.I. bill that provided money for them to attend college, FHA loans (instituted in the 1930s) so that they could make down payments on homes, and waiting sweethearts who were assumed to be ready to settle down to build the 1950s version of a happy home life.

Then in 1998 revered journalist and NBC anchorman Tom Brokaw’s book, The Greatest Generation, was published and caught the media and the public imagination. His book told a story that depicted World War II was somehow a “better war” than wars we have entered since then. From there, the glorified version of the story spun on.

Expanded Version of the Truth Should Be Told
Carol Vento’s book makes clear that partial truths are a service to no one. Proper identification of a condition eases the suffering of those who felt “it was just them;” it might have provided counseling or support to those who were suffering; and it might have saved some–and their families—from self-medication with alcohol or drug use or unreasonable bouts of anger or depression.

The truth might also have eased the lives of future soldiers. If a grandson returned from Vietnam or Afghanistan suffering with symptoms of PTSD, it might have been more bearable if he or she knew that the father or grandfather experienced the same thing after World War II.

Vento’s book, Hidden Legacy of WWII: A Daughter’s Journey of Discovery, is a service to all those of us who grew up with fathers who refused to talk about their combat experience or who acted out because of it, but it also deserves to be read even more widely so that more people will understand that there really is no such as a “good war” for those who are fighting it.

Vento has also created a website so that people can tell their stories:www.daughtersofd-day.com