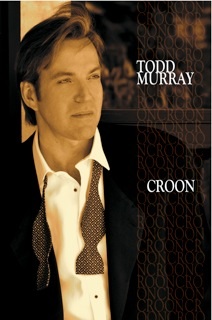 A CELEBRATION OF CROONING AND THE LOVE SONG

Just as the development of e-mail in the 1990s has forever changed the love letter, the technology of the 1920s forever altered the love song.

In the late nineteenth and early twentieth centuries–before movies, before television, before radio–the most popular form of live entertainment in America was vaudeville, a live variety show consisting of unrelated acts, ranging from acrobats and animal trainers to magicians and musical performances.

Musical performances, however, could be problematic. Theatres were often large, and there were limited ways that music could be presented to a big audience because there was not yet an effective way to amplify sound. As a result, the successful singers of the day were those who had stentorian voices and could project. Though nineteenth century songs like Stephen Foster’s “Beautiful Dreamer” or “Jeanie with the Light Brown Hair” may have been about love, the only way to perform them was by singing at top volume.

During the second decade of the twentieth century, two developments were being refined that were to forever change music: The development of electrical disc recording, and improvements to what became known as the microphone. (It acquired this name because it was said “to do for the ear what the microscope did for the eye.”)

Because telephones were in increasing use, engineers were tinkering with improvements for sound amplification, and over time, sound transmitters for the phones were leading to newer and better devices.

Inventors were also working to capture sound so that it could be played back after a performance was over. In the 1910s, a process known as “acoustical recording” was being employed. This involved musicians and/or singers crowding around a cone that contained a diaphragm connected to a cutting needle that, in turn, rested on the recording medium. As the diaphragm responded to the sounds made by the performers, the needle cut a corresponding groove into whatever type of device was being recorded on.

For the cone to capture the sound, it was vital for each instrument or singer to be in close proximity at the appropriate time. If a certain performer or instrument was to be featured for a certain part of the song, the other performers stepped quickly out of the way so that the sound from the intended performer could be closest to the cone with its diaphragm. The process involved a lot of awkward jockeying around.

By 1925 vast improvements were occurring with the microphone, and engineers were finding a way to record by using electricity. Developments in these two areas were soon conjoined. As microphones were used to capture the sounds for recordings, musicians soon realized that the microphones permitted them to be heard better in theatres and auditoriums because their sound was amplified.
These discoveries had a vast effect on music. Instead of a singer belting out a song so that it could be heard in the back row of a theatre, these belting singers actually sounded terrible in front of a microphone. They had never learned to modulate their tones.

Lyrics about Love
As musicians experimented with what worked, they learned that a new type of music was possible. For the first time, emotions could be conveyed with the sound of the voice. Lyrics could be about love and the tones could be intimate and suggestive, as if the performer was whispering the song to each listener.

Women loved it, and then as now, women were responsible for spending much of the family budget. As a result, radio quickly got on board with crooners whispering advertisements that segued into whispered love songs. As the crooners gained popularity on radio, the clubs started booking them to perform live because people wanted to see the faces behind the soft, soothing voices.

Change is usually followed by controversy, and this shift was no different. In The Rise of the Crooners by Michael Pitts and Frank Hoffman, the authors point out that this new form of singing was considered “dangerous.” In Boston, the Catholic Church’s Cardinal O’Connell came out against crooning, feeling as though it corrupted young people and led to bad morals. From a totally different camp, singing teachers condemned the style because they felt the American chest would shrink because of lack of lung development.

Despite this opposition, the popularity of the music grew. Early crooners included some like Al Bowley and Gene Austin, who are little known today. Rudy Vallee was an exceedingly popular crooner who learned to shift music and acting styles and remained relevant for decades. Bing Crosby, Frank Sinatra, and Nat King Cole were also crooners, all of whom still maintain followings today. (Twyla Tharp’s current Broadway show, “Come Fly with Me” features all Frank Sinatra music.)

Though the 1950s was to usher in the era of rock and roll, there are still musicians who mix in a a crooning-style of song–Norah Jones is certainly in that group, but so, too is someone like Bob Dylan who will add into his repertoire a song like, “To Make You Feel my Love.”

Though the Doors are unlikely crooners, Jim Morrison’s “Touch Me” is a song that has definite crooning roots. After his emphatic, “Come on come on come on come on now touch me baby,” take a listen to “Now I’m gonna love ya, til the heavens stop the rain…” Morrison’s self-declared admiration for Sinatra is more than evident.

Crooning Today
Though we may no longer call it crooning, today’s listeners still love a love song now and then. We love words of adoration; we love the musical intimacy, and we savor the feelings we get when a song reminds us of all the things in our own lives that inspire love.

With this inspiration, well-regarded baritone Todd Murray has created a show, “Croon” that he is debuting at several locations this summer.

In his program, Murray presents the development of this singing style through the ages. He will provide illuminating examples of what life as a singer and a listener was like before 1925 and the advent of radio and electrified amplification. His program will continue with other popular songs from the twentieth century, interpreted in his own unique and intimate style.

His selections will range from the 1920s with lesser-known songs such as “Learn to Croon,” made popular by Bing Crosby to ones everyone has heard such as “I’ve Got You Under My Skin.” He’ll also perform “I’m Leaving Today,” an original tune written by Murray and Alex Rybeck, who accompanies him on piano. Murray and Rybeck will also be joined by Steve Doyle on the bass and Sean Harkness on guitar.

To hear some of Todd Murray’s music, visit his website: http://www.toddmurray.com/

To read more about entertainment in the 1920s, sign up for American Snapshots, a free monthly e-letter. Write [email protected] and put “early movies” in the subject line.﻿

2 thoughts on “How a 1920s Technology Changed Music”