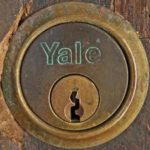 did a better job at securing bank vaults. He knew the Egyptians had used pin-tumbler lock several thousand years ago, but they were made of wood and were large and bulky. Yale was fascinated by the thought that the tumbler lock might be re-fashioned using more modern materials.

Over time Yale, Sr. came up with something that worked for bank vaults but it took the ingenuity of Linus Yale, Jr. (1821-1868) to perfect this lock style so that it could be adapted for other types of doors.

The younger Yale had intended to be a portrait painter but he, like his father, was drawn to the challenge of how things worked. In 1861 Yale, Jr. designed the cylinder pin tumbler lock that could be unlocked with a relatively small, flat key,a forerunner of what we use today. Because the keys were smaller, owners could begin to carry multiple keys.  Cylinder locks could be mass-produced and this meant that prices could come down.

Yale then set to work on a padlock that didn’t require keys—he created one that could be opened via a combination.  Both forms of lock are still in frequent use today, many with only minor improvements. 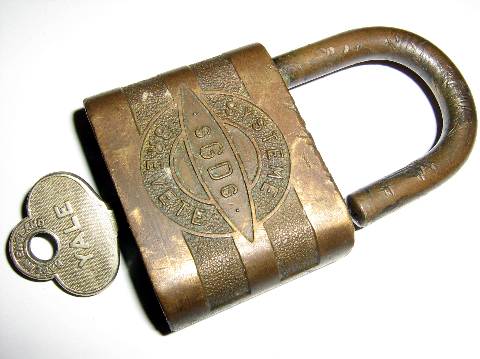 The Yale family who revolutionized locks were originally from North Wales. Another branch of the family went on to found the world-renowned Yale University in Connecticut in 1701.