Martha Gellhorn was born in St. Louis, Missouri in 1908. Her mother was an activist and suffragette and her father was a doctor.  She attended Bryn Mawr College but left before graduating. She wanted to be a foreign correspondent, and in 1930 she left for Paris with two suitcases, a typewriter and $75.  She began by sending stories back to the St. Louis Dispatch but was soon hired by United Press.

Three years later, she returned to the U.S .  She joined a group of reporters and photographers hired by Harry Hopkins who was head of the Federal Emergency Relief Administration. Hopkins felt that the statistics of the Great Depression were insufficient without documenting the stories of real people.  Gellhorn’s first assignment was in Gastonia, North Carolina. Later she teamed up with Dorothea Lange, who is famous for her photographs of the suffering during the1930s.  Their reports became part of the government files on this era.

In 1936 Gellhorn was in Key West where she met Ernest Hemingway. At that time he was married to his second wife Pauline Pfeiffer.  Gellhorn and Hemingway both wanted to cover the Spanish Civil War. Gellhorn was hired by Collier’s Weekly to send back stories, so she and Hemingway found themselves together in Barcelona and lived together off and on for several years.

Hemingway was divorced from Pfeiffer in 1939 and he married Gellhorn in 1940, but he began to take issue with her work.  He wanted her with him and not covering wars. Gellhorn was not to be stopped, and she went off to pursue her next story.  (They were divorced in 1945. When Gellhorn was interviewed by anyone she always specified that Hemingway’s name not to be mentioned.) 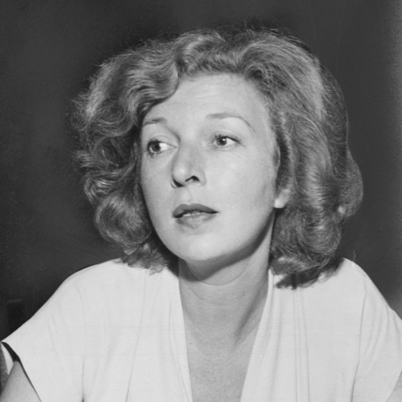 Hemingway departed for  Normandy to be there with other reporters before the Allied landing.  As a woman, Gellhorn could not get press credentials to cover news from the frontline.  However, she had gone to the docks from which the soldiers and reporters were departing.  Gellhorn was stopped by  a military policeman who asked where she was going.  She was near a hospital ship that would be following behind the other transports.  On the spur of the moment, she announced that she was going to do interviews with the nurses on board.  She then boarded the ship, found a bathroom, entered it, and and locked the door until after the ship left port.

As she wrote about the ship that carried “a load of pain,” the story she filed for Collier’s Magazine (1944) provided a viewpoint not available to other reporters: “… the wounded talked among themselves and as time went on we got to know them, but their faces and their wounds, not their names. They were a magnificent enduring bunch of men. Men smiled who were in such pain that all they really can have wanted to do was turn their heads away and cry, and men made jokes when they needed their strength just to survive. And all of them looked after each other, saying, “Give that boy a drink of water,” or “Miss, see that Ranger over there, he’s in bad shape, could you go to him?” All through the ship men were asking after other men by name, anxiously, wondering if they were on board and how they were doing.”

Getting Around War-Torn Europe

Because she arrived in Europe with no travel papers or ration cards, she relied on spunk and charm for everything from meals to hitching rides with various transports.

She was one of the reporters near the Dachau concentration camp just before Germany surrendered.  In her book, The Faces of War (1959) she writes:

“I was in Dachau when the German armies surrendered unconditionally to the Allies. We sat in that room, in that accursed cemetery prison, and no one had anything more to say. Still, Dachau seemed to me the most suitable place in Europe to hear the news of victory. For surely this war was made to abolish Dachau, and all the other places like Dachau, and everything that Dachau stood for, and to abolish it forever.

…In their joy to be free, and longing to see their friends who had come at last, many prisoners rushed to the fence and died electrocuted. There were those who died cheering, because that effort of happiness was more than their bodies could endure. There were those who died because now they had food, and they ate before they could be stopped, and it killed them. I do not know words to describe the men who have survived this horror for years, three years, five years, ten years, and whose minds are as clear and unafraid as the day they entered.”

Her last significant article before her death was done in the 1990s when she traveled to South America to write about Brazil’s street children.

Gellhorn’s peripatetic lifestyle meant that affairs were more convenient than marriage but in 1954 she married a former managing editor of Time Magazine, Tom Matthews.  They settled in London with a son she had adopted from an Italian orphanage in 1949.

Gellhorn remained based in London for the remainder of her life though she and Matthews divorced in 1963.

In 1998, at the age of 89, Gellhorn had been battling cancer and was nearly blind. She took her own life with a drug overdose.

The year after her death, a journalism prize was established in her named by the Martha Gellhorn Trust. The prize has been awarded each year since 1999 to a journalist who illuminates a major news story by highlighting the human aspects of the story.