While it is hard to smile about paying taxes, here are a few stories that should amuse: 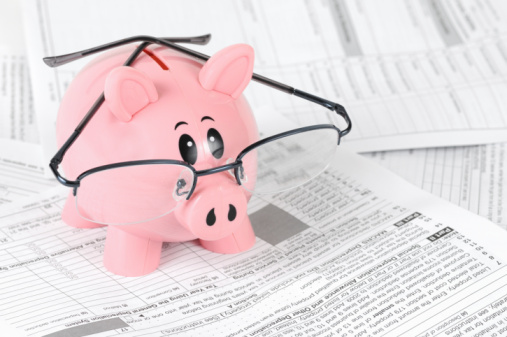 • On April 15, 1951 a 70-year-old couple in Syracuse, New York received a $27 refund check for an income tax overpayment. They returned it to the Internal Revenue Collector, explaining their refusal to accept it as being due to their thankfulness for “the opportunity to continue working.”

• According to an article written in 1952, the Bureau of Internal Revenue (its name at the time) had one employee whose main job was to read newspapers and magazines for stories that might shed light on people dodging taxes. The article noted that a success story in The New York Times about a “boy wonder” who had amassed $15 million in his first few years out of college led the tax collector to a fellow who was not paying his taxes. But for the most part, a collector noted: “The most helpful snitches are divorced wives.”

• While the list of interesting tax deductions is almost certainly endless, in the 1950s, one fellow listed his dog as a dependent noting: “It costs as much to keep Butch as myself.” Another wrote that food ought to be deductible because it constituted “fuel for my engine.”

• In more recent times, a CPA reported that he was preparing a return for a single mother with one child. At their meeting, she did not have the child’s social security card but she gave what she assured the accountant was the correct number. Later the return came back because the social security number was incorrect. When the accountant called and the mother read off the number from her child’s card, she said: “I don’t see why there was a problem… I was only off by one number.”

• The IRS office in Albany, New York received a call in 1988 from a man who asked: ‘I don’t live in New York and I don’t work in New York. But I took a vacation in New York last year. Do I have to pay New York taxes?” The answer: only if he wants to.

And perhaps calls like that may explain the preventive measures taken in Albany in the 1980s. A reporter for the Albany Times Union wrote: “The harried final days of the tax return rush was abundantly clear Wednesday as the state’s top tax collectors led several reporters on a tour of the processing centers at the tax department. “To stress the stress, the first stop on the tour was a room where a handful of tax auditors and examiners were brushing up on their cardiopulmonary resuscitation (CPR) skills – just in case.

“Last year the ambulance took away eight people (workers) for stress,” said Karl Felsen, a department spokesman. “We thought we’d be better prepared this year.” So whether you’re e-filing or sending by mail—or still have a question or two—take care of your taxes right away. As the Albany fellow said, it’s high stress for workers who have to help other people deal with a deadline!