The German shepherd is known today as a handsome, well-built dog 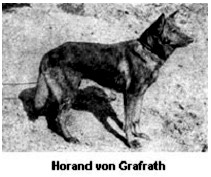 with high intelligence and strong loyalty.  The breed has been used successfully as a police dog, a seeing eye dog, a military dog, a guard dog, and as a family pet.

Yet the dog’s beginning was as a German sheep dog.

For many years, man has understood that pairing certain dogs or horses or cattle could make it more likely that offspring would have certain desirable traits. Through the 19th century when life was primarily oriented to living locally, farmers who kept sheep dogs mated their animals according to the best dogs that were in the area at the time.  Only with the increase in communication and transportation that came toward the end of the century was an effort made to standardize breeds, the German shepherd among them. 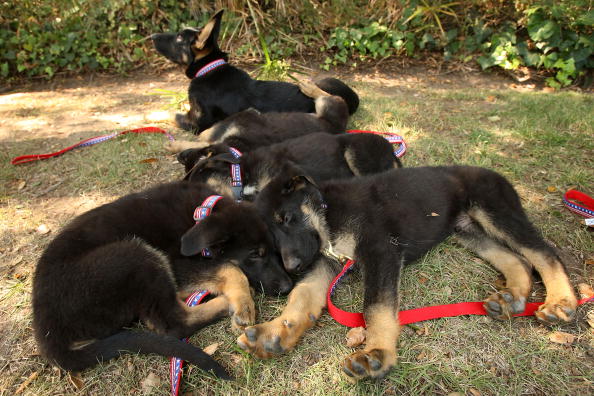 As early as 1881, an organization was created  to standardize the German shepherd in Germany but there were immediate and lasting disagreements about what made the “right” dog. The group soon disbanded.

Then in 1889, Captain Max von Stephanitz, a former member of the earlier group, attended a dog show in Karlsruhe, Germany where he was particularly taken with a medium-sized yellow-and-gray wolflike dog. The dog was well-built and powerful and proved to be intelligent.  Though its owner was still using the dog to herd sheep, he agreed to sell the dog to von Stephanitz.

by the Captain.  Horand became the first registered German shepherd dog, and he is very much the image of what we think of when we think of the shepherd today.

Von Stephanitz formed a Society for the German Shepherd Dog.  He sought out other like-minded dog owners who wanted to breed their dogs with Horand to maintain the traits that the Captain prized in his dog.  Ultimately, Horand produced several offspring, one of whom, Pilot, fathered a total of 84 pups.

To the Captain, the most important traits were utility and intelligence. The actual look of the dog was secondary. 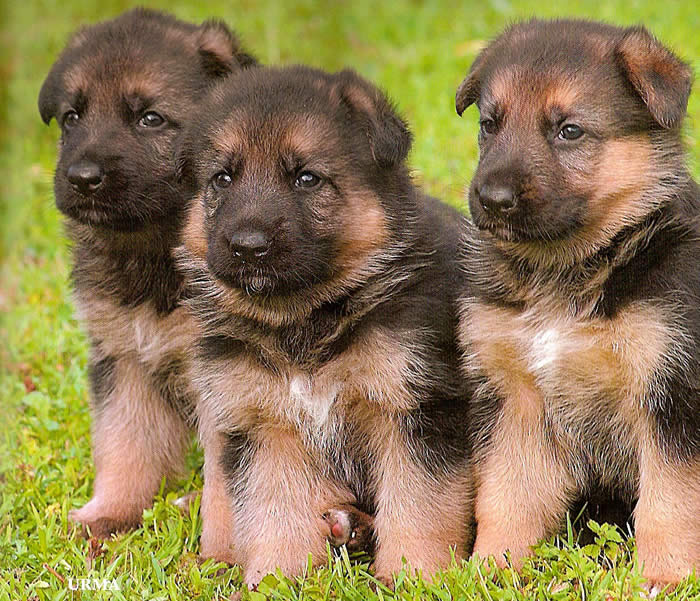 Von Stephanitz also had the foresight to see that as industrialization began to replace the farms across the German countryside, there would be less need for dogs who could herd sheep.

With that concern, von Stephanitz set about working with police forces and working dog clubs to develop a set of training techniques that taught the dogs to track by scent and to perform protection duties.  Over time, he succeeded in getting the dogs placed in various branches of government service.

IN 1907 some of the German dog owners brought their dogs to the United States to show them.  American were impressed. By 1913 the U.S. had formed its own German Shepherd Dog Club and they began to have German shepherd dog shows. However, change was to come.

When the U.S. entered World War I, Americans rejected anything related to Germany.  The American Kennel Club responded by renaming the breed,  Shepherd Dog of America. (In England the breed was re-titled Alsatian.)  There were also efforts to call the dogs  “police dogs,” and while you will still hear that now and then, it really didn’t catch on.

The German shepherd had behaved nobly during World War I, and as a result, a good number of soldiers brought dogs home with them, including Lee Duncan who brought over and trained the dog who was to become Rin-Tin-Tin.  Anther German shepherd, Strongheart, also won the hearts of Americans, and soon there was high demand for these dogs.

High demand generally leads to a rush-to-breed, and as a result, the strength of the line diminished while puppies were being produced to satisfy demand for them as pets.

However, an American in Switzerland, Dorothy Eustis, deserves credit for preserving a line of dogs that was soon to be brought to the United States to contribute good stock to the line.  Eustis had studied the scientific aspects of cattle breeding and later moved to Switzerland where she began breeding German shepherds for the Swiss police.

After seeing the Germans use these dogs to guide World War I veterans who had lost their vision from mustard gas used in the war, Eustis soon began a similar training.  These dogs were brought to the United States and brought with them their strong (and protected) genetic makeup for future breedings.  To read about the first dog brought here as a guide dog, see Buddy, The First Seeing Eye Dog.

In Germany von Stephanitz was still closely watching the breed and by 1925 he had chosen a new dog to be the model German shepherd.  Klodo von Boxberg was quite different from the dogs that preceded him but maintained high intelligence and a far-reaching gait.

Over time, the American and German lines have gone slightly different directions but both lines would fit well with a New York Times 1929 description of the dog:

[The German shepherd is …]  a dog noble in aspect and endowed with splendid traits and intelligence and loyalty.”  (The New York Times, December 15, 1929.)