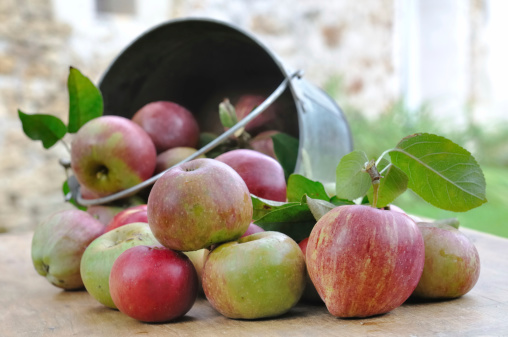 At grocery stores this fall, shoppers are happy to see that it’s apple season, and they select the apple type they prefer and go home with their autumn apples.

Or at least that’s what I have always done until I visited Julian, California, a former gold mining town about an hour east of San Diego. Julian has become a year-round destination for visitors but it is very well-known for its apple orchards and yummy pies that are a town specialty.

I visited one of the roadside stands that locals told me sold directly from their own orchards, and it was there that I got an education I’ll never forget. It turns out apples have a history as varied and interesting as our own country’s past.

In Julian, the first apple trees were brought to the area shortly after gold was discovered in the 1870s. My apple source, the woman who runs the roadside stand where I stopped, told me there are numerous varieties of apples. What we see in the groceries is a weak sampling of what is available. Because I was taking home gift apples to “foodies,” she suggested I take a variety. Then when I hadn’t varied my selection enough, she personally chose about 8-10 apples that I needed to take—and put them in my bag at no charge.

Apples of the Past Have Stories to Tell
Apple history, like much of our history, is oral—grower to grower. I learned that in Julian there are very old trees, and no one who can identify them is still alive, so we have these delicious offerings of nature but we are losing the stories of their past.

Upon further investigation, I learned that Apple Detectives in several sections of our country have arisen to save our apple heritage. 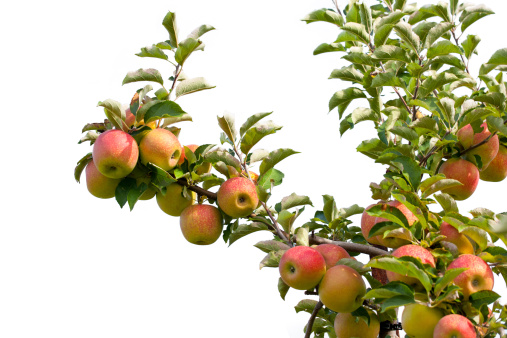 The Apple Detectives
Apples have been part of our past since at least the 1600s. In the mid-1800s, there were thousands of varieties of apples in the U.S. We know that one of Thomas Jefferson’s favorite apples was the Esopus Spitzenburg, and long ago the Snow apple, a bright red Canadian apple with snow-white flesh, gave life to what we know as the McIntosh.

Problems in growing a variety of apples arose with the trend toward bigger farms that shipped foods further to marketplaces. Agricultural extension programs began to encourage growth of the types of fruits that could grow quickly and ship easily. As a result, today our groceries tend to carry only four or five varieties of apples.

Worried about Heritage
But men like John Bunker in Maine became concerned about our apple heritage and began to study and collect a wide variety of apple trees. He speaks at historical societies and Rotary clubs to spread the word of his mission so that people will bring him the different apples they know of in the area. People approach him at his talks or at county fairs where he will often take a table, and show him apples from a lone tree that grows in their yard or from a nearby abandoned orchard they know of.

He answers their questions to the best of his ability. He is happiest when someone brings him an apple has trouble identifying. If it’s something new to him, he may also visit the tree to take a cutting. He now has an orchard where he is preserving as many varieties as he can. Over the last 30 years he has saved anywhere from 80 to 100 varieties from oblivion.

We have all heard the story of John Chapman (1774-1845)—known as Johnny Appleseed—and how he planted apple seeds in the Mid-Atlantic states, and Illinois and Indiana. While 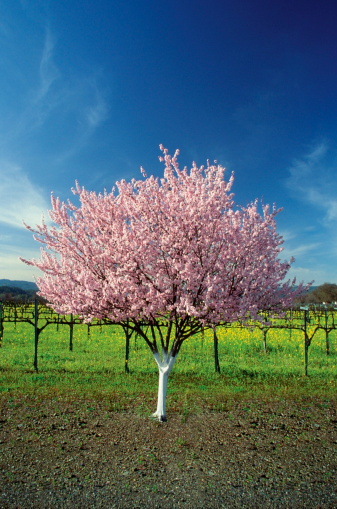 he planted the seeds with care, fencing off small nurseries for the trees and leaving them in the care of neighbors, what Johnny didn’t know was that good apples must come from grafts of a tree. Seeds from a particular tree don’t establish a tree that gives off the same type of fruit as the original apple. The trees grown from seeds are more likely to give rise to what we know as crab apples.

John Chapman’s plantings did not go to waste, as the apples from the trees he planted were fine for feeding livestock and making cider. However, today in several parts of the U.S. there are “apple people” like John Bunker who are working to find, identify and graft old trees so that in certain orchards the heirloom apples can be grown.

For example, all the McIntosh apples we eat today come from trees that were grafted from a tree that once was grown on John McIntosh’s farm in Ontario. The Granny Smith apples we see started out from a tree that first grew in a compost pile in Maria Ann Smith’s land in Australia.

And if you ever visit a farmstand or a green market and come across a Rolfe, a Wolf River, a Yellow Bellflower, a Rhode Island Greening, a Blue Pearmin, a Fletcher Sweet, or a Sweet Tango, you’ll know the apple detectives have been at work.