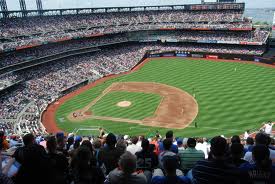 With baseball season underway, here are a few fast facts about the sport:

1. Unlike football or basketball, the sport of baseball features playing fields that are unique, making the place of play an important element of the experience. While every infield diamond is the same, the shape and size of the outfield can vary tremendously. In addition, the height and position of fences and walls (think Fenway’s “green monster”) and the configuration of the grandstand as well as elements such as wind currents in the area or the altitude above sea level, all can affect the play of the game.

2. Baseball was played from early in the 19th century, and the first ballpark where admission was charged was in Brooklyn in 1862. An entrepreneur named William Cammeyer drained a large ice skating rink he owned. He added a small grandstand where the ladies could sit, and he began charging a fee for audiences to come watch ball games. He called it Union Grounds.

3. One of the major changes in baseball stadiums began in the late 1890s, and it was an important one—trying to figure out how to build fireproof stadiums. The early stadiums were grand and beautiful wooden structures, but of course, they weren’t fireproof. In the summer of 1894, four major ballparks burned, injuring many. In 1909 Shibe Park in Philadelphia became America’s first fireproof stadium.

4. Customarily the Negro Leagues traveled hard and played often to support themselves and their teams through ticket sales. The league owners realized that if a game could be played at night, working people could come for the evening and that could expand the number of games the Leagues could play by adding week nights to their schedule. The Negro Leagues played their first game under lights in 1929, and soon the major leagues took the cue and began to light their fields. In 1935 this cultural change was commemorated at Crosley Field in Cincinnati. Just before the first game that was to be played under lights, a light bulb was placed in center field. President Franklin Roosevelt was on the phone for the occasion. When he gave the command, a switch was thrown and the light in center field went on, soon followed by the lights surrounding the field

5. Artificial turf was first used in the Houston Astrodome in 1966. Monsanto, the maker of the Chemgrass product, was so pleased about the sale (the Astrodome was sometimes referred to as the “Eighth Wonder of the World,”, they renamed the product AstroTurf. Because the Astrodome was considered “state of the art” for ball fields, other fields followed suit, but by the 1990s the artificial surface had fallen into disfavor. The turf changed the nature of the game by altering the way the balls bounced, and it also proved harder on baseball players’ joints. In hot weather it held the heat in a way that regular grass did not. One player said, “If the horses won’t eat it. I won’t play on it.” Today almost all major league stadiums have regular grass and the handful that have turf have a new form of it that corrects some of the problems encountered with the original artificial turf.