National Mutt Day, celebrated on July 31, was created by animal advocate, author, and editor Colleen Paige to raise awareness of the 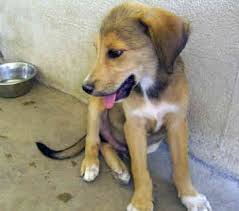 number of mixed breed dogs in shelters that desperately await new homes. Her website says it well: “In every heart there is a hole…in every shelter there is love to fill it.”

To help carry the message that mixed breed dogs make great pets, American Dogs is featuring a story that appeared in The New York Times on December 17, 1939, “In Praise of Mutts: Canine and Human,” by Henry M. Curran.

Curran’s essay talks of the fact that the American people are very much a blend of many peoples, and for that reason, we should be particularly tolerant of mixed breed animals: “Yellow, brown, or black and tan, tail or no tail, head or cow catcher, rough or smooth of coat, the mutt, above all dogs, is filled with an affection for mankind that is the loveliest of consistently misplaced trust that nature affords. He never wavers. He will die for it, die happily. There is little in mankind to compare with it.” 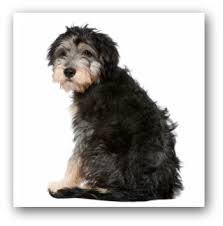 Curran then tells a story of a dog who clearly came to him, looking for a home. He describes the dog as a city dog who, in his later years, must have decided to move to the country.  When the dog appeared on the doorstep, the two-legged master said, “Come in!”  The story continues:

“To this day [Frankie] is grateful, obedient, affectionate to a fault. He shakes hands. He barks only in welcome or to warn of danger. He can fight like a fiend, but does not, because the dogs of the neighborhood know Frankie’s abilities with the first look. He is not the half of an inch jealous of the thoroughbreds who share his master’s affections. 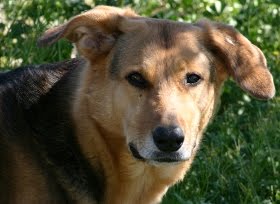 He is an old gentleman now.  Frankie will not last for long. But his brown eyes giving their message as no words can do, will last the lives of the lucky family that knows the heart behind the eyes.  Frankie is a mutt.

“If all the mutts could live as Frankie does, it would be a just and fair world. But mostly it is otherwise. Harried, hunted, hungry, the mutt is usually on his own, a stranger to laps and leashes and little coats, an alley waif, a light cruiser dodging the bombs and mines of mutt life.  Yet his affection is there, overriding his experience. His faith is there,and his love of the humans who hurl rocks at him, turn up their noses and murmur, “Just a mutt.”  His heart, that belies his curious hide, is there; loyal, warm and overflowing—golden it is—and that is all that counts in this little life we live.”

What We Can Do

If your household is filled with as many four-legged friends as you can manage right now, send a few dollars (as little as $5-10 will help) to your local shelter.  They can use all the support they can get. 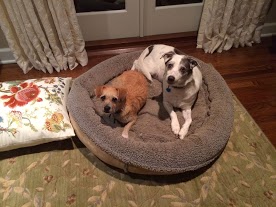 I currently have two mixed breeds, one of whom had a broken leg when the shelter (the Lange Foundation) pulled him from the pound.  This shelter had been given a “surgery fund” by a donor, so since Teddy was only a year or two old, the shelter invested in getting his leg repaired so he could be adopted.  The shelter has a no-kill policy so one year after Teddy came in, he was still there when we were looking.  He occasionally favors the injured leg but it doesn’t slow him down a bit.

And he’s smart enough to know that the dog who was brought to us after she was rescued on the streets of Mexico is the family’s boss.   There’s not a day that goes by when they don’t seem to thank us for opening our home.  (My husband would note that they are probably just saying, “thanks for dinner.”  But what does he know?)